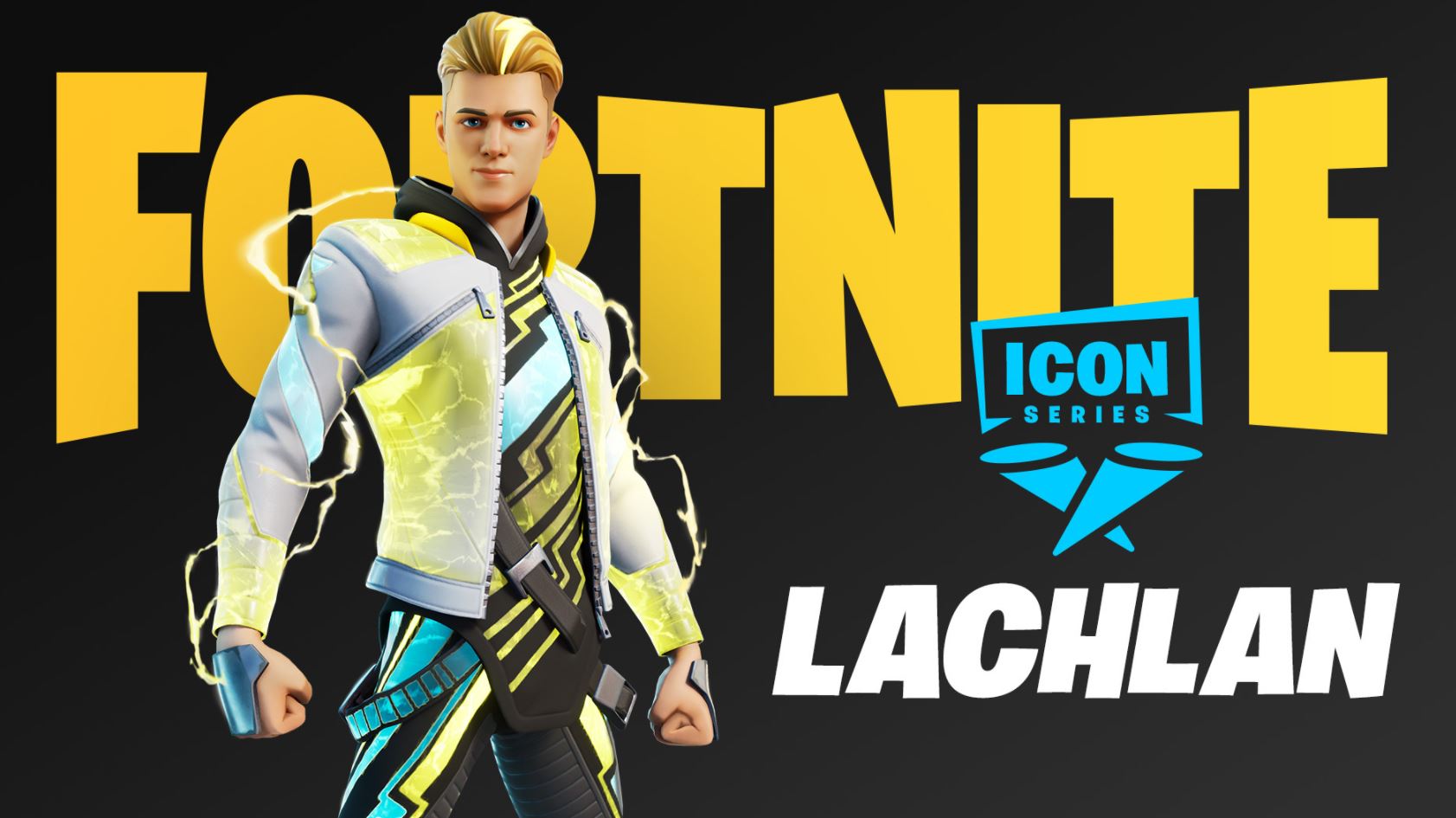 Lachlan has revealed his Fortnite skin and the date it’ll be released in the item shop.

Epic Games introduced the the Fortnite Icon Series at the start of the year. It was created due to the amount of collaborations Epic were doing with the music and film industry. Prior to the Icon Series, Epic had already done collaborations with Marvel, the John Wick movie, Marshmello and Major Lazer.

Each of these collaborations included cosmetics that were available to purchase in the Fortnite Item Shop. Along with the announcement of the icon series, Epic revealed the Ninja skin, the first collaboration with a Fortnite content creator.

Since then, Loserfruit has also joined the Icon Series and recently, Epic Games announced a new collaboration with a content creator. Lachlan is the latest arrival to the series and the popular content creator will be getting his own tournament.

The tournament, Lachlan’s Pickaxe Frenzy, allows players to get Lachlan’s cosmetic set before it hits the item shop. Winners of the tournament have the chance to get the Lachlan Fortnite skin, back bling, pickaxe, and an emote.

The cosmetic set will be available in the Fortnite Item Shop on November 12th at 7 PM ET, which means it’ll be available on November 13th in Europe. There’s no information regarding how much the individual items will cost, or whether it’ll only be purchasable as a bundle.

Lachlan asked data-miners not to leak the skin prior to the reveal. However, it seems like a mistake from Epic leaked it ahead of time, but all of the popular data-miners decided not to post it on their social media accounts.

Lachlan has officially revealed the skin in a tweet which you can check out below:

We’ll have more information of the pickaxe frenzy tournament as we draw closer to the date. Will you be picking up the skin? Let us know in the comments section below!