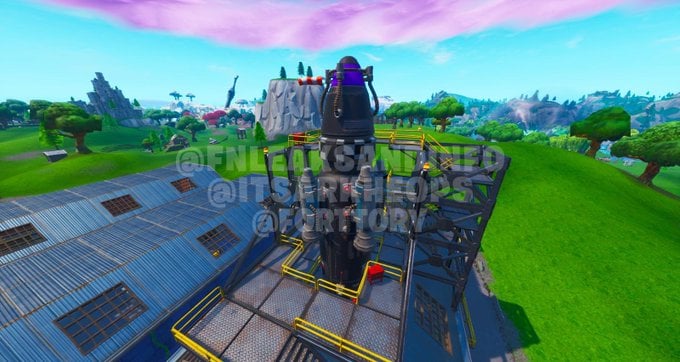 It looks like we could be getting another rocket launch even in Season 10.

As with every patch update, there were a number of Fortnite Battle Royale map changes including the return of Greasy Grove, parts of Moisty Mire returning in Paradise Palms, and the prison.

One of the smaller map changes that may have gone unnoticed is at Dusty Depot. One of the warehouses at the popular named location now has scaffolding at the top as seen in the image below:

As with every client update, dataminers leak all the new files they find as well as leaking in-game footage of upcoming cosmetics or map changes.

Popular dataminer FortTory has leaked what Dusty Depot will look like in the coming weeks. As you can see from the images below, the visitor will be making another rocket.

Here’s footage of the rocket:

Rocket LEAKED at the Warehouse in Dusty!