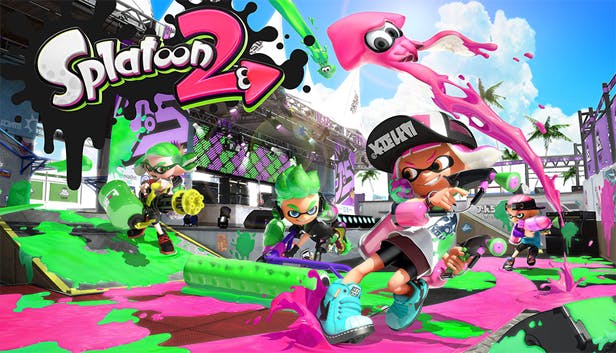 New files that have been leaked by data-miners suggest that there could be a Splatoon collaboration coming to Fortnite Battle Royale.

Epic Games have worked with many companies to bring collaborations to the Fortnite fanbase. In the past we have seen collaborations with Avengers:Endgame, John Wick, Stranger Things, Jumpman/Michael Jordan and most recently IT Chapter Two, although this collaboration has only just started.

Most of the collaborations that have taken place usually involve some Limited Time Challenges, which rewards players with cosmetics, and other themed cosmetics that are available to purchase in the Fortnite Item Shop.

Data-miners @HYPEX, @s1l0x & @Lucas7yoshi have found some files that suggest that there could be a new collaboration with Splatoon in the future. Splatoon is a game developed by Nintento and players control Inklings, which have the ability to shapeshift between humanoid and squid forms.

There are different modes to play, but in the main mode, Turf Wars, there are two teams of four and the aim of the game is to cover the arena with as much of their team’s ink as possible in a set amount of time.

The files that the data-miners have found are called:

The first file found is for a Skin and the second one is for a Back Bling, although no image has been leaked. The name of the files seem to fit in with the Splatoon theme, as there are cosmetics in the game which are called Squidkid.

Nothing has been confirmed as yet for this collaboration, but we will keep you updated if any more information is released. What do you think about this potential collaboration?