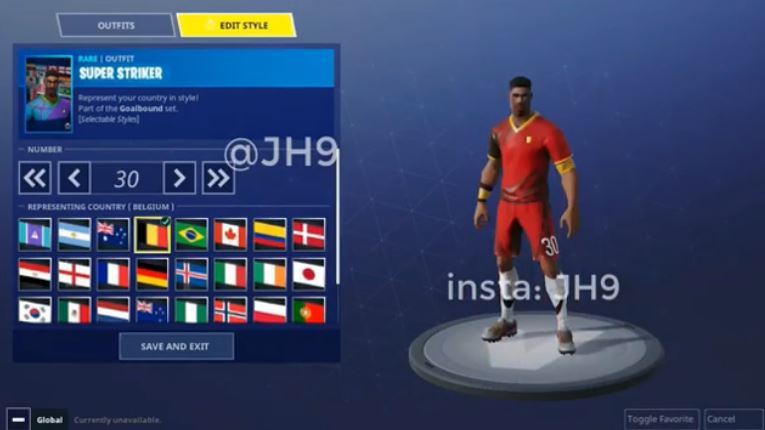 Instagram user, JH9, popular for providing the Fortnite community with in-game footage of skins and emotes before release, has leaked footage on the World Cup skins that’ll be coming to Fortnite in the near future.

As you can see from the footage, not only are you able to customize the country, but also the number.

TwoEpicBuddies leaked the upcoming Fortnite skins which we covered here, and the leaks included eight different types of Football/Soccer skins. However, in the video provided by JH9, the video shows the Super Striker skin/model and is able to customize the number and country. This means when purchasing any of the eight World Cup themed skins, you’ll be able to customize the country and number at no additional cost.

These skins will probably be releasing in the next day or two considering the fact the World Cup beings on June 14th and will continue the trend of Epic rightfully cashing in on the attraction of global sporting events.