Leaks Suggest a Suppressed Sniper Rifle Could be Coming to Fortnite 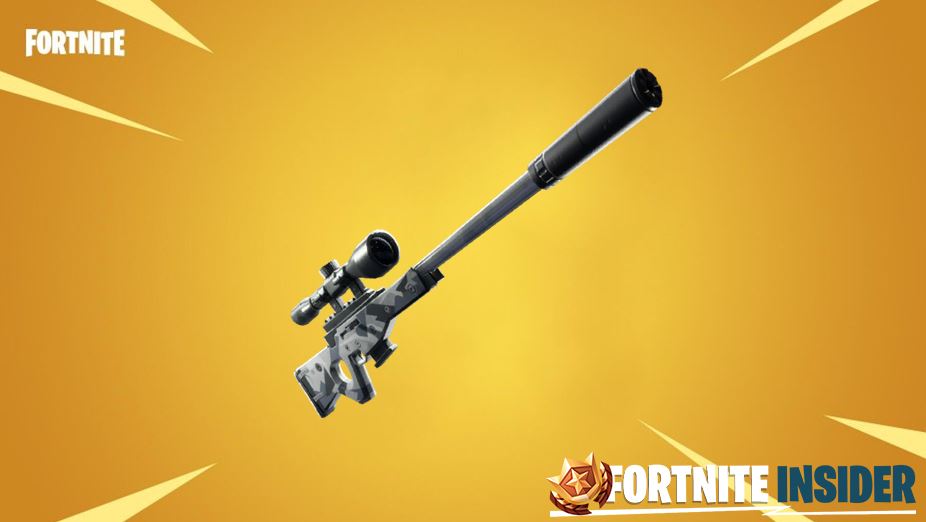 Epic Games update Fortnite on a weekly basis and add new items in these updates. It seems as though a new Sniper Rifle has been found in the game files.

Fortnite is updated on a weekly basis and with each update, a new item is added to the game. The items added could be consumables, weapons or other items, such as grenades. Epic tend to announce the items that’ll be coming in the next update in the in-game news feed a couple of days before they are introduced. Data-miners tend to find new items by looking into the files as new files are added in each update that requires downtime.

It seems as though there was a new Sniper Rifle added to the files in the v7.10 update, which was first discovered by Storm Shield. The files suggest that the Suppressed Sniper Rifle will be available in Epic and Legendary rarities and will have the following stats:

Leaker @lucas7yoshi_ has also found a render of the weapon in the files, which can be seen below:

He has also made a video showcasing the different sound files:

There are some leakers that are stating that this weapon is in Save the World and not in Battle Royale, however lucas has shown files which show the weapon in the Athena files (Battle Royale), as can be seen below:

As with all leaks, nothing has been confirmed and stats may change upon release. We will keep you updated with the latest.