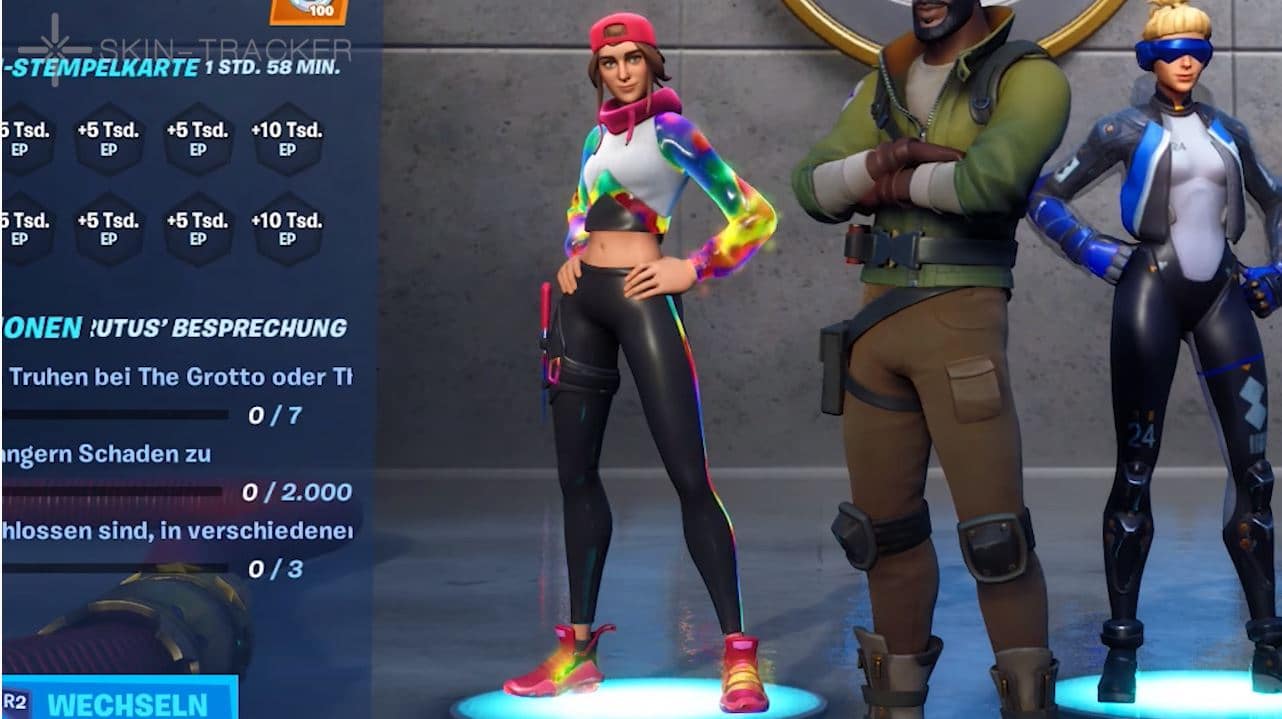 The Loserfruit Fortnite Skin and Emote has now been leaked in-game. Here’s what it looks like.

Epic Games had added the Icon Series to Fortnite where streamers and collaborating artists would be recognised with different cosmetics. The main cosmetics that have been added in the Icon Series is Emotes and Ninja had a Skin, Back Bling, Emote and Pickaxe.

As Epic had already announced that the Icon Series would include Loserfruit, fans have been expecting her cosmetics, although there was no mention of the date these cosmetics would be released.

In the v12.60 update, dataminers were able to find some information on the Loserfruit cosmetics and they found that there would be a Skin, Back Bling and Emote. At the time, none of the dataminers could see what these looked like, until now.

Dataminer @SkinTrackerCom has been able to leak both the Skin and the Emote, both of which can be seen in the clip below:

UPDATE: Dataminer @Llama_Leaks has been able to leak the Bounce Berry Back Bling, which can be seen below:

There is also an Emote that has been shown in the clip, which is called Fruit Punchers and the description reads, “Good Vibes only. Keep your friends close.”

It is likely that the set will be seen in the shop very soon, but we will let you know as soon as this happens. Loserfruit is yet to announce the new Skin, but she did tweet a concept that had been made of the emote, which can be seen below: