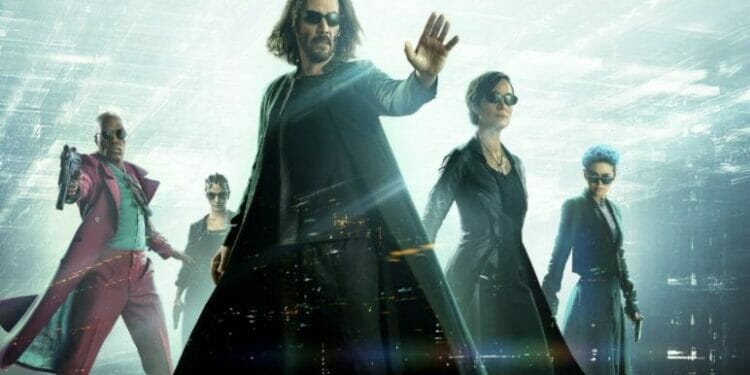 UPDATE: Dataminers were in fact wrong and there are only two emotes the Trinity’s Kick Emote and the Neo’s Bullet Time Emote. There is also only one wrap called the Ones and Zeros Wrap, all available to purchase in the Item Shop now!

Epic Games have collaborated with a substantial amount of companies, streamers, and music artists since their first collaboration with Marvel. In the middle of chapter 1, we never expected to get as many collaborations as we currently do.

From the odd collaboration with music artists hosting events to an entire season and event dedicated to a partnership. Every Battle Pass since season 4 in chapter 2 seems to have at least to have one collaboration skin.

This season, we have the Spider-Man skin in the Battle Pass and in a few weeks, players will be able to unlock The Foundation skin with a style that will feature Dwayne “The Rock” Johnson. We knew we’d be getting more skins as part of a collab, but didn’t expect it so soon.

Data-miners had leaked a while ago that we would get a Matrix x Fortnite collab. However, it was believed that the release date would be on or after Christmas day, but that isn’t the case. The shop sections have updated ahead of the December 20th / 21st 2021 rotation and we have a “Follow the White Rabbit” set. 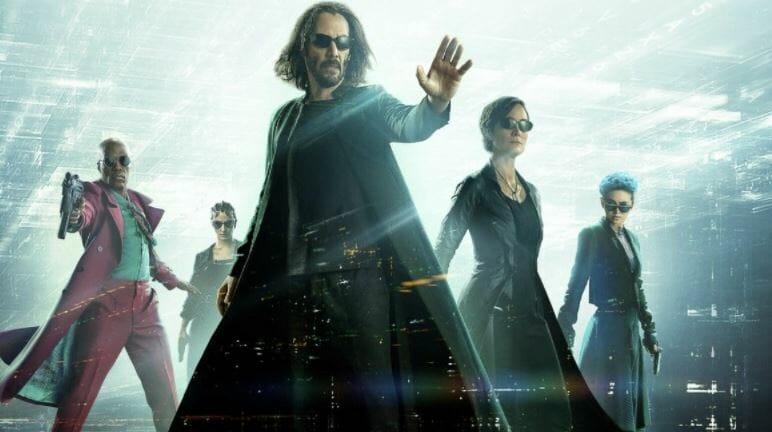 The Follow the White Rabbit set is the code name for the Matrix Ressurrections Fortnite set. As it hasn’t been decrypted yet, we’re not sure what Matrix Fortnite skins will be availabe as part of the set, but it seems certain we’ll see a Neo and Trinity outfit in the set.

We already have a cosmetic in the Matrix Follow the White Rabbit Fortnite set, the Legendary Sentinel glider which can be obtained for free form one of the Winterfest Christmas presents in the Lodge.

We should see the cosmetics decrypted before the shop resets, so we’ll be sure to update this article as soon as data-miners have posted the cosmetics. Check back periodically and in the meantime, see how high you can score on our chapter 3 quiz.