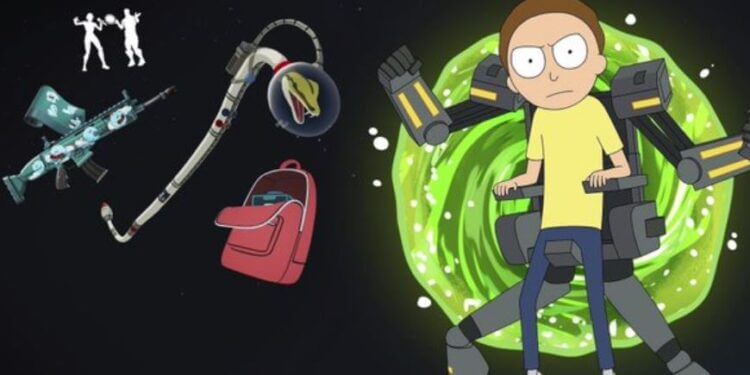 We’ve seen more than ten different collaborations this season already including a LeBron James skin and an Ariana Grande concert and cosmetic set. In the Battle Pass, we have three collaboration skins including Superman and Rick Sanchez.

There have been numerous leaks from the v17.40 update that was released on Tuesday. Data-miners managed to get the ID’s of a few encrypted skins which they leaked. The encrypted skins included a Bad Boys Will Smith Skin and a Morty Fortnite skin.

Here’s all the cosmetics in the Fortnite Morty C-137 set.

The Morty Fortnite set includes the following cosmetics that we know the names of pre-release:

There;s also a wrap and a back bling in the set, but we’re not sure of their names yet. We’ll update this with the names of all the cosmetics when it’s released in the item shop today.

There’s no information regarding the price of the skin, but we’d expect the skin to cost 1,500 V-Bucks. We’ll need to wait and see if it’s sold as a bundle for a discounted price.

The Fortnite Get Schwifty emote was leaked a few days ago. Here’s a look at the emote in action thanks to popular Fortnite leaker Hypex:

UPCOMING Rick & Morty "Get Schwifty" EMOTE! (Thanks to @Not0fficer for the help again!)

This emote can be done alone & in a group! pic.twitter.com/n4u6N9q6N2

Let us know in the comments section below if you’ll be purchasing the Morty skin or any of the cosmetics tonight.