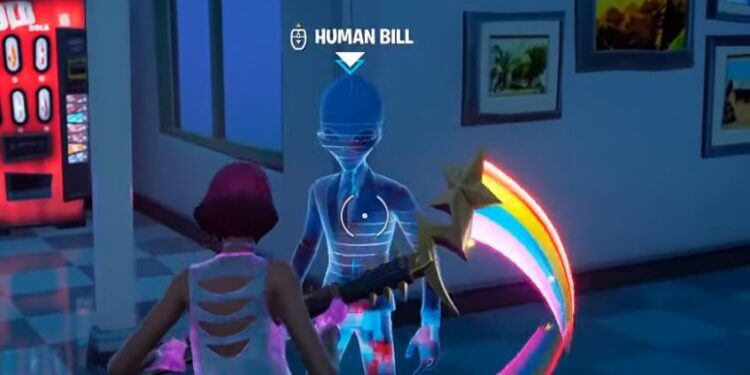 Here’s where to find and how to mindwipe Bunkey Jonesy, Swamp Stalker, or Human Bill in Fortnite chapter 2 season 7 week 8.

Thanks to data-miners, we know that the Fortnite week 8 legendary quests are ahead of time. One of the challenges requires players to mindwipe Bunkey Jonesy, Swamp Stalker or Human Bill. As most of the legendary quests, this likely ties into this seasons storyline somehow.

You’ll only need to mindwipe one of the three characters, but you’ll need to find them before you’re able to mindwipe them. Below, we have the Fortnite locations for Bunker Jonesy, Swamp Stalker, and Human Bill to help you complete this challenge as quickly as possible.

Bunker Jonesy can be found on the south side of the map at Lumber Lodge which is located south of Misty Meadows. Here’s the exact map location where you can find and mindwipe him:

Human Bill is a character that was added this season. You’ll find him at Steamy Stacks in the northeast building. He’ll be walking around, but it shouldn’t take you too long to find him. Here’s the exact location where you can find him on the season 7 map:

Swamp Stalker can be found on the southwest side of the map, just south of Slurp Swamp. She’ll be in her shack but will wonder as far as her vegetable patch. Again, it won’t take you long to find her once you’re near the marked location below.