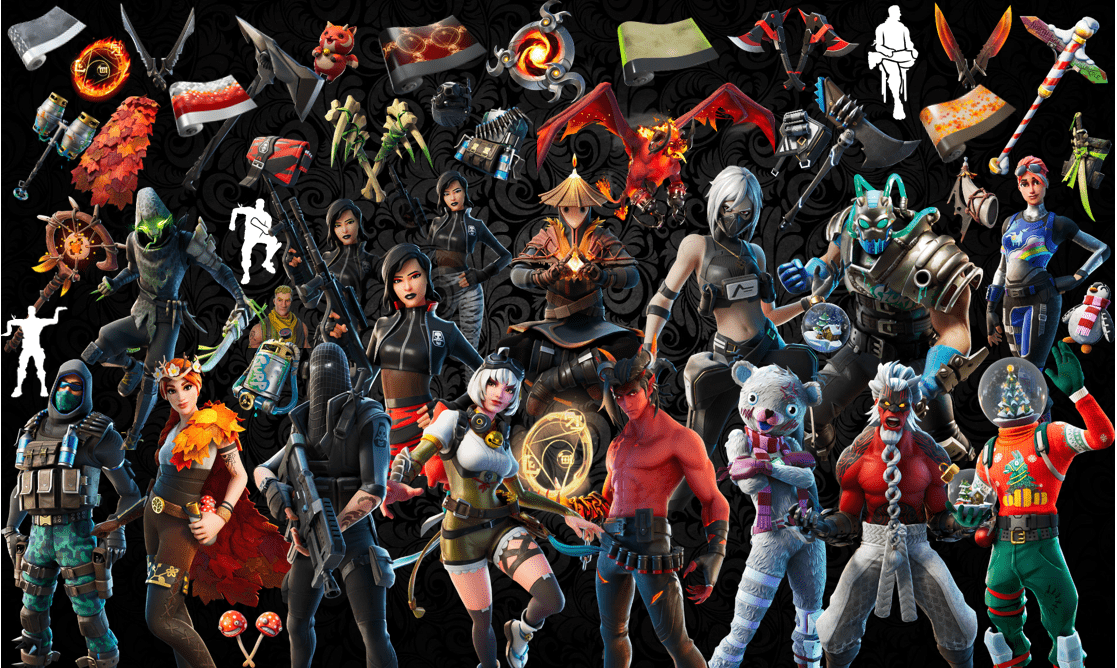 Here are all of the names and rarities of all the cosmetics that were leaked in the v11.20 Fortnite update earlier today. Cosmetics include Skins, Back Blings, Glider, Pickaxes, Emotes/Dances & Wraps.

The v11.20 Fortnite update went live earlier today and there were many files that were added. As usual, data-miners were able to leak the majority of these files, including Loading Screens for Week 7, 8 & 9, upcoming weapons and cosmetics.

The leaked cosmetics include Skins, Back Blings, Gliders, Pickaxes, Emotes/Dances & Wraps and here are the names and rarities of them. The majority of these cosmetics will be available in the Item Shop, however we do know the Sorana Skin is the Mystery Skin for this season which is earned by completing the Alter Ego Challenges for this season.

Kurohomura (Epic) – Born of fire and destined for greatness

Terns (Epic) – The spirit of the forest

Bundles (Rare) – Bundle up for the battle

The Autumn Queen (Rare) – Ruler of the forest

Razor (Uncommon) – Reclaim your kingdom, one break at a time

Fire Vortex (Epic) – The swirling flame of the great beyond

Spinal Blade (Epic) – For when you have a bone to pick

Manta (Rare) – Circle your prey and pick your moment

Double Tap (Epic) – Twice the slurp in one powerful swing

Bark Basher (Rare) – Infused with the mystical power of the forest

Feelin’ Jaunty (Rare) – For when strutting just won’t cut it

Glyphic (Rare) – A dance for the ages

Have a Seat (Uncommon) – Pull up a chair and relax