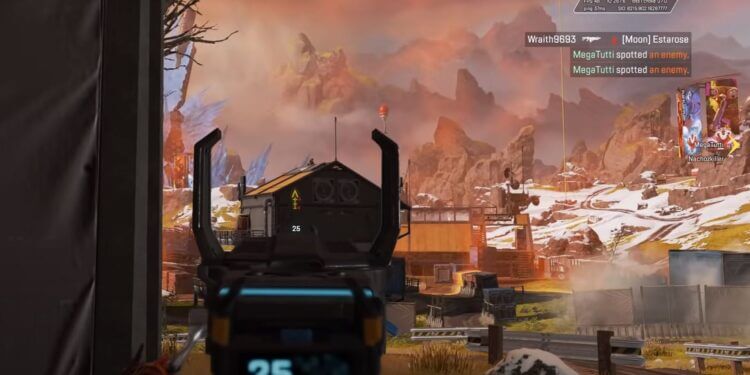 Respawn have just announced a new update which will address the issues of players who DDoS and how it will affect gameplay.

Ranking up in Apex Legends is hard to do when you get to the later ranks and recently has proved to be very difficult with players carrying out DDoS (denial-of-service) attacks on the servers. Some players have done this in order to gain more RP to rank up quicker, which is extremely annoying for other players.

Apex Legends Ranking System – How does it work?

In order to rank up in Apex, you will need to gain points. The more kills you get, the more points you will earn, but there is a maximum of 6 Kills/Assists that you will earn points for. You also earn points for placing higher in the matches, so the aim of the game is to get the most amount of kills with points and to place high. Each rank will have different entry points, which will of course be higher for the higher ranks, which makes it harder to rank up if you do not get any kills or place high.

For a while now, there have been a lot of attacks on the Apex Servers as there are some players who decide they need to cheat in order to rank higher, which is frustrating for players who genuinely play the game to reach Apex Predator. Respawn are aware of the issues and have finally released an update to make some changes.

Now, once an attack has been detected, everyone will be removed from the game and they will be granted loss forgiveness, i.e. no penalty for game abandonment. The entire game will be voided, which means no RP will be accounted for and it will be as if you hadn’t got into a match. This has been implemented to stop the attackers from gaining more RP and to protect normal players from ranking down.

Here is the official statement made by Respawn:

“We’ve just shipped an update to address denial-of-service attacks on Apex. Now, when we detect an attack, all players will be booted from the game and granted loss forgiveness. The idea is to deny advantages to attackers and protect victims of those attacks from RP losses. In some cases, this change will cause the results from matches to be entirely voided: No stats tracked, RP gained or loss, etc. More updates to deal with these sorts of attacks are on the way. We’ll keep you updated.”

There will be more updates, but this is a great start by Respawn. There are some concerns that these attackers will DDoS the servers when they are losing instead to make the match not count so they will not lose points, but we will have to wait and see what Respawn do to improve on this issue.