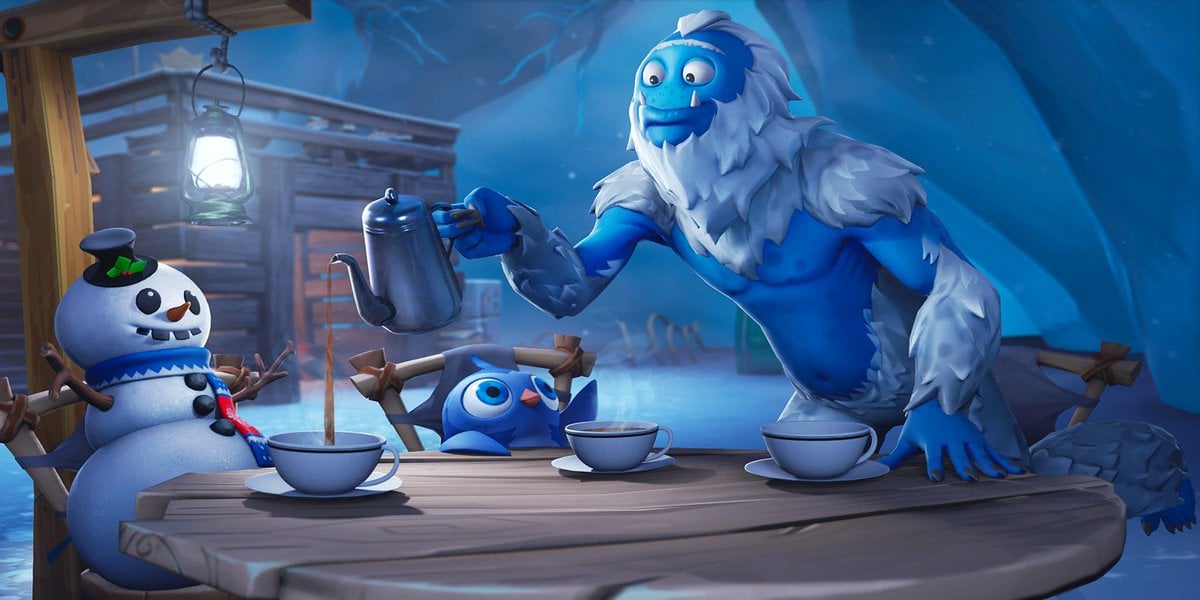 Each Fortbyte that’s been unlocked that require players to collect in-game a hint as to where the Fortbyte can be collected in-game. Today’s new Fortbyte, Fortbyte 49, can be found in Trog’s ice cave.

The location of Trog’s Ice Cave is found in the Snow Biome, west of Happy Hamlet. Here’s the location of Fortbyte 49 marked on the map:

You’ll find the Fortbyte by the wooden stairs next to the three teddy bears as seen below: