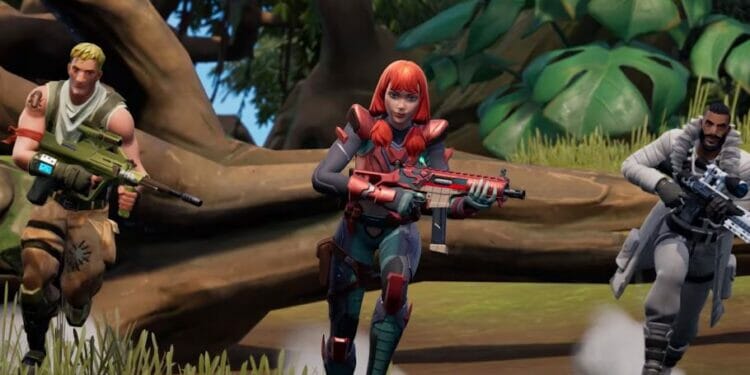 It’s been just over a week since the release of Fortnite chapter 3 season 2. The new season introduced mantling and tactical sprint, two mechanics that are particularly useful during the nine days of no building.

For those wondering, building has returned to the core game modes as well as remaining in LTMs and arenas. For players like me that enjoy Fortnite more with no building, a new mode has been introduced in the March 29th 20.00 hotfix update.

There’s also a new rocket launcher to help you take down tanks and battle buses easier along with the option to fund two items that were vaulted with the launch of the new season. Here are the full patch notes for the March 29th, 2022 hotfix Fortnite update.

Zero build is the latest addition to the long list of game modes available in Fortnite. As the name suggests, there is zero building with players being provided with the recharging overshield.

It’s available as Solo, Duos, Trios, and Squads. In order to play the LTM, access the discover page by clicking on the yellow “Change” button above the “play” button in the lobby.

Here’s a trailer for the Zero Build Fortnite game mode:

A new weapon has been added, the Anvil Rocket Launcher. Data-miners leaked this weapon from the 20.00 files during downtime for the launch of the new season.

Scoping in with the Anvil Rocket Launcher will allow you to lock onto your vehicle target. Once you’ve locked on, fire at your target for a 100% hit rate. They can be found in regular and rare chests, in seven and IO supply chests, in supply drops, and from sharks.

There’s another unvault that’ll be coming within the next few days. Players can use gold bars to help fund either the MK-Seven Assault Rifle or the Combat Assault Rifle getting unvaulted.

Epic have decided to add both weapons into the loot pool for players to try them out if they haven’t done so already. They’ll be available from Saturday, April 2nd, to April 4th, 2022. The first weapon that reaches 100% funded will be unvaulted for the season.