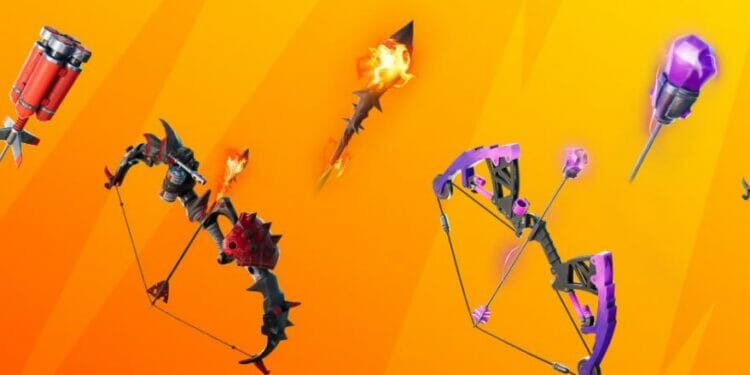 There’s a new hotfix Fortnite update today for v19.30. Here are the patch notes for the February 22, 2022 release.

We’re less than a month away from the scheduled release of Fortnite chapter 3 season 1. While that could change due to any issues that arise prior to the release, it’s almost certain that the new season will release on March 21st, 2022.

We still have the 19.40 update before then and that’ll likely be pushed live next Tuesday. We’re not sure what the update will have content wise, but there’s a chance we could see event files added in preparation for the end of this season.

We have a new Fortnite hotfix update today. As expected, there isn’t an excessive amount of content, but we do have some notable enough changes to mention.

In today’s Feb 22, 2022 Fortnite update, we have the start of Bownanza week. From now until March 1st, 2022, the bows that were originally released in chapter 2 season 6 will be available as loot in chapter 3 season 1.

Players can find the following items:

All these items can be found across the flipped island in chests or as ground loot. Arrows can also be found in ammo boxes. There’s also Bownanza week quests that’ll provide players with chances to continue leveling up with the extra XP.

Once the bows are removed from the loot pool next week, there will be another themed week that’ll take it’s place. Each new themed week will have their own new batch of special quests.