by Khadija Saifi
in News
37 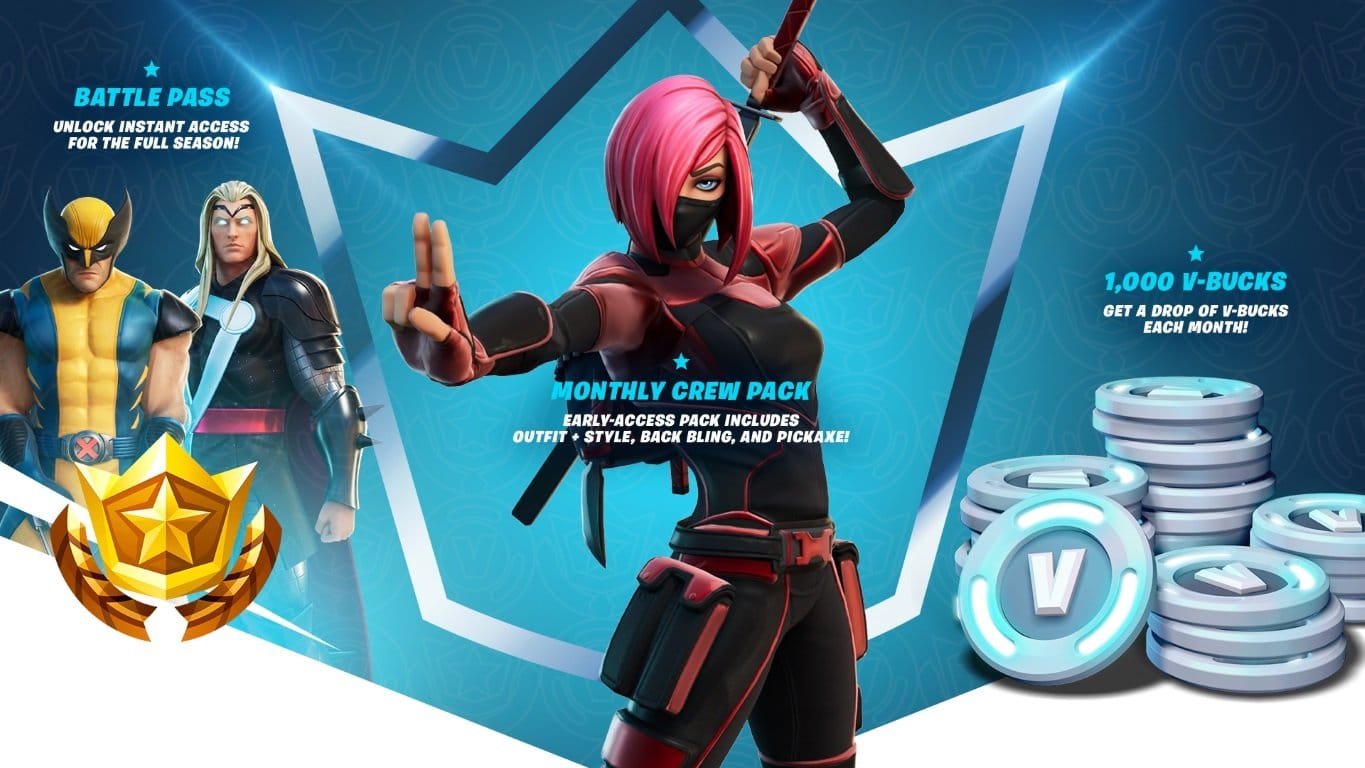 A new leak suggests that a new Fortnite monthly subscription, monthly crew pack, will be introduced to Fortnite Battle Royale in the future. Here is what we know so far.

Epic Games are constantly added new cosmetics to Fortnite including Skins, Back Blings, Pickaxes, Emotes, Gliders, Wraps and more. The majority of the cosmetics introduced to the game are usually found in the Item Shop, which can be purchased by players using the Fortnite currency, V-Bucks.

There have been other ways in which Epic have added cosmetics for players to obtain, such as packs made available in the store, purchasable by using real currency instead of V-Bucks. According to recent leaks, there appears as though Epic are looking to introduce a new monthly subscription where players will be able to get early access to Skins and more. Here is what we know so far.

Epic have been sending out surveys to player at random to ask their opinions about different things in Fortnite. A recent survey that has been given is of a Fortnite monthly subscription, with an image. Here is what the image looks like:

Players were asked to look at the image and answer the question, “Based on what is presented above, please select what you believe is included in this Fortnite monthly subscription?”

The options given were:

Players who got this survey were also asked to give a rating for the monthly subscription and why they gave the rating.

Judging by the image, the subscription will include the full Battle Pass, early access to a Skin with an additional style, Back Bling and Pickaxe before it is released to all players in the Item Shop and 1,000 V-Bucks.

No official announcement has been made about this subscription as yet, but as always, we will be keeping you up to date with the latest Fortnite news. Be sure to turn website notifications on to be the first to know!