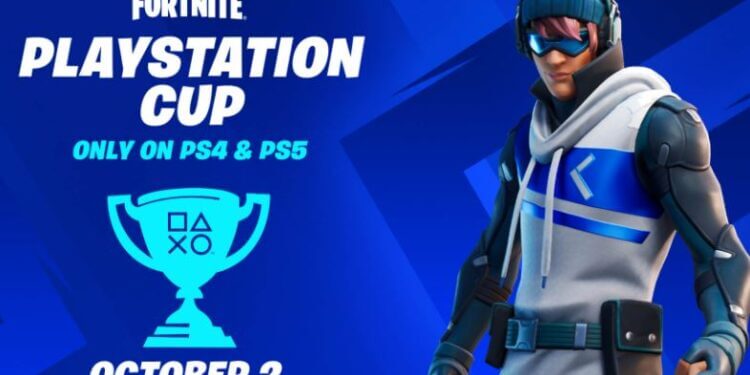 We haven’t had a major Fortnite cup or tournament since the release of chapter 2 season 8. Last season, there were numerous cups that allowed players to win cosmetics for free before they were available to purchase in the item shop.

We’ve had some Fortnite cups that are part of a collaboration including the Marvel Super Series cup. We’ve also had the PlayStation Celebration and Generations Cup previously and now Epic have announced another cup in partnership with PlayStation. Here’s everything you need to know.

The Fortnite PlayStation cup will first kick off this Saturday, October 2nd. It’s only available to PS4 and PS4 players and can be accessed by navigating to the compete time when the cup begins in your region.

The cup will be played as a solo competition with two rounds. The first round is open and players will have three hours to play a maximum of ten games to earn as many points as possible. The top 100 players in each reigion will advance to round two.

Round two consists of six matches with the top performing players in this round earning a prize in each region.

First place in EU, NA, NAW, and Brazil will earn $1,200 whilst $650 is rewarded to players in first place in OCE, ME, and Asia. Here’s the full breakdown of the prize pool:

As always, you’ll need to ensure you have Two-Factor Authentication enabled on your Epic Games account as well as having an account level of 30 or higher in order to participate.