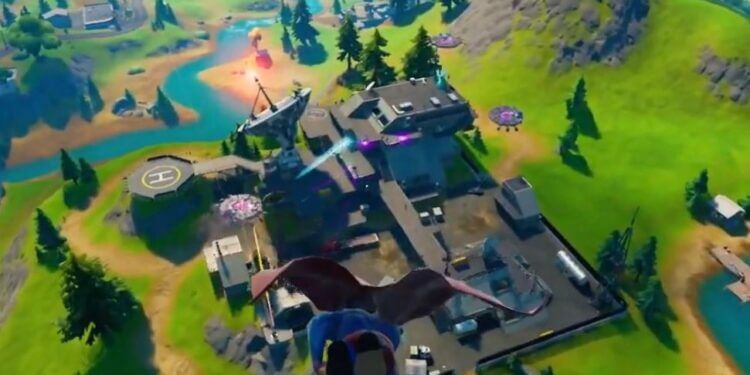 The Fortnite Chapter 2 Season 7 map has been leaked during downtime.

We know what we’re in for in Fortnite season 7. We can drive UFOs around and pick and and throw objects, we have a Rick skin from Rick & Morty as well as a Clark Kent Superman Fortnite skin.

Not only that, but it looks like Epic Games have listened to the community. We have Fortnite Battle Stars back instead of the new system that was launched in chapter 2. We still need to wait and see if the challenge system has had a rework, but it’s a start.

With every new season, players want to see map changes. From the looks of things, it doesn’t look like there have been too many Fortnite map changes in chapter 2 season 7, but lets take a look.

In the first loading screen that was leaked, it looked like Titled Towers had made a much welcomed return to the Fortnite season 7 map. However, it looks like it’s not on the map at the moment, or we could just have a few original building from Tilted without an official map name.

In either case, here’s the Fortnite chapter 2 season 7 map:

We have some changes in the middle of the map along with some name changes. It looks like Stealthy Stronghold is no longer a named location whilst Sweaty Sands has been changed to Believer Beach.

It’s a shame we haven’t had too many map changes with the launch of a new season, but here’s to hoping Epic Games decide to make drastic map changes throughout the season similar to what we’ve seen in the first chapter of Fortnite.

This season definitely seems promising, hopefully we get a reworked challenge system along with Battle Stars returning.