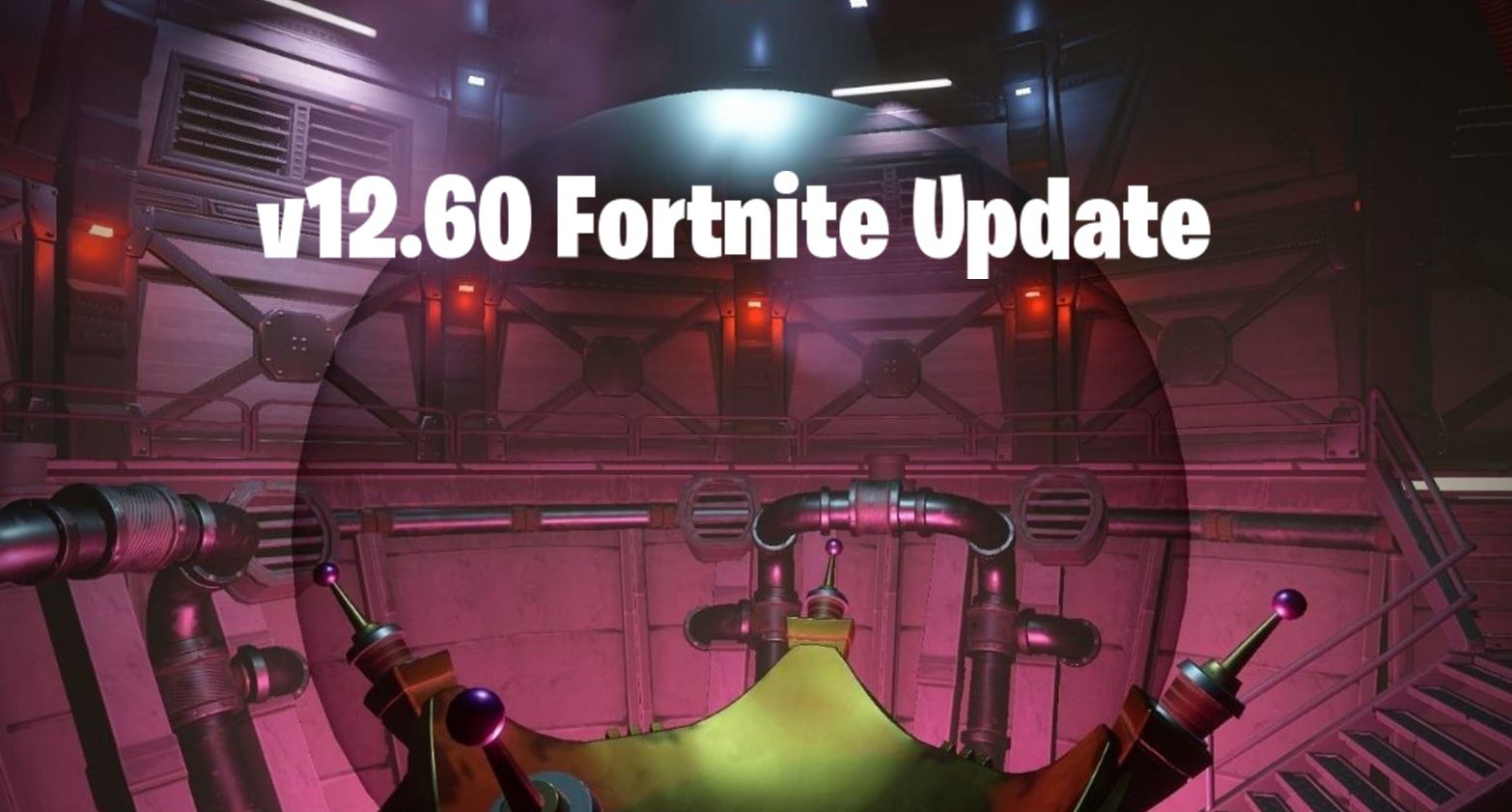 The next new Fortnite update has been announced. V12.60 will be released tomorrow and here’s everything you need to know including the patch notes which we’ll update and when the Fortnite servers will go down for maintenance.

In the v12.50 update, Epic sent an email to everyone in the support-a-creator program outlining what would be coming in the update. The heavy sniper rifle was finally nerfed after players called for a nerf for months. Epic also added in Party Royale and held the premiere of the new mode a couple of weeks ago.

Epic have now announced that the next, new Fortnite update will be v12.60. Here’s what we know about the update.

Fortnite Server Downtime and when they’ll be back up

Tomorrow’s update is no different to the previous release times this season, and the update announcement states the Fortnite servers will be down for maintenance at 6 AM UTC. Here’s the announcement tweet below:

Thank you for being among The Agency’s finest. 🥇 pic.twitter.com/e8Qpk6i16Z

As always, we’ll keep you update on the status of the Fortnite servers and update this article when the servers are back up.

Major updates are usually at least 1 GB, but we’ll update this when it rolls out on the servers. We’ll have the download file size on PC, PS4, Xbox One and mobile.

A while back, popular Fortnite data-miner Hypex leaked two different weapons, a Dual-Wielding Suppressed Pistol and a Charge Shotgun. These were leaked more than a month ago, so there’s a chance these may not be added in tomorrow’s update. However, if you’re interested in the leaked weapons, here’s some information on the charge shotgun:

here are the current stats in rarities order from Common to Legendary:

Every Fortnite season is extended by Epic Games, and with the extension, players are provided with overtime challenges. Upon completion, these challenges reward players with new skin styles for the Fortnite skins in the seasons Battle Pass.

With Fortnite Chapter 2 Season 3 still two weeks away, we could see Fortnite overtime challenges for season 2. We’ve already seen the Location Domination part 1 and part 2 challenges released, both of which provided XP rewards for players once completed.

We’ve seen cables being added around the agency over the past couple of weeks. Progress on the Doomsday device is almost guaranteed tomorrow, and we could see leakers post what the completed device looks like ahead of time. Here’s a leak of what all the cables look like in Midas’ room:

I managed to enable all the cables so here is a video showing where they will appear, i'll try to get a closer soon soon! pic.twitter.com/zcQHV2jRYS

This device points towards a live event for the end of Fortnite Chapter 2 Season 2, something which we were deprived of in the season 1.