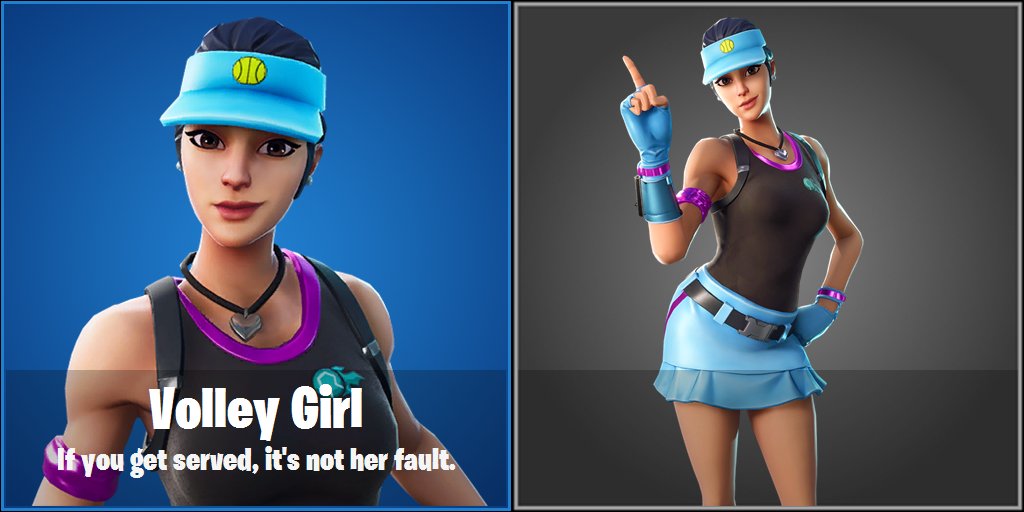 Data-miners have leaked a Tennis themed Back Bling and Fortnite skin that were previously encrypted.

In the V7.20 Fortnite update, data-miners found a handful of skins, pickaxes, back blings and gliders that would be coming to the item shop in the near future. Some of the cosmetics were leaked, but Lucas7Yoshi, a popular Fortnite leaker, has recently posted images of a Tennis themed skin and back bling.

Volley Girl Skin – If you got served, it’s not her fault.

Here are the PNG versions via FortniteGameLAT:

Fortnite have teamed up with the Australian open, with the biggest Fortnite content creators participating in a Pro-Am charity event. The event will take place of Sunday 27th January, and it’s possible the above cosmetics will be available in the Item Shop on the same day the event takes place.

Lucas has tweeted that the ‘Used Racket’ cosmetic is definitely a Back Bling and not a Pickaxe:

As with all Fortnite leaks, nothing is official unless stated by Epic Games. When it comes to cosmetics leaks, it’s almost a certainty the cosmetics will be available in some form.