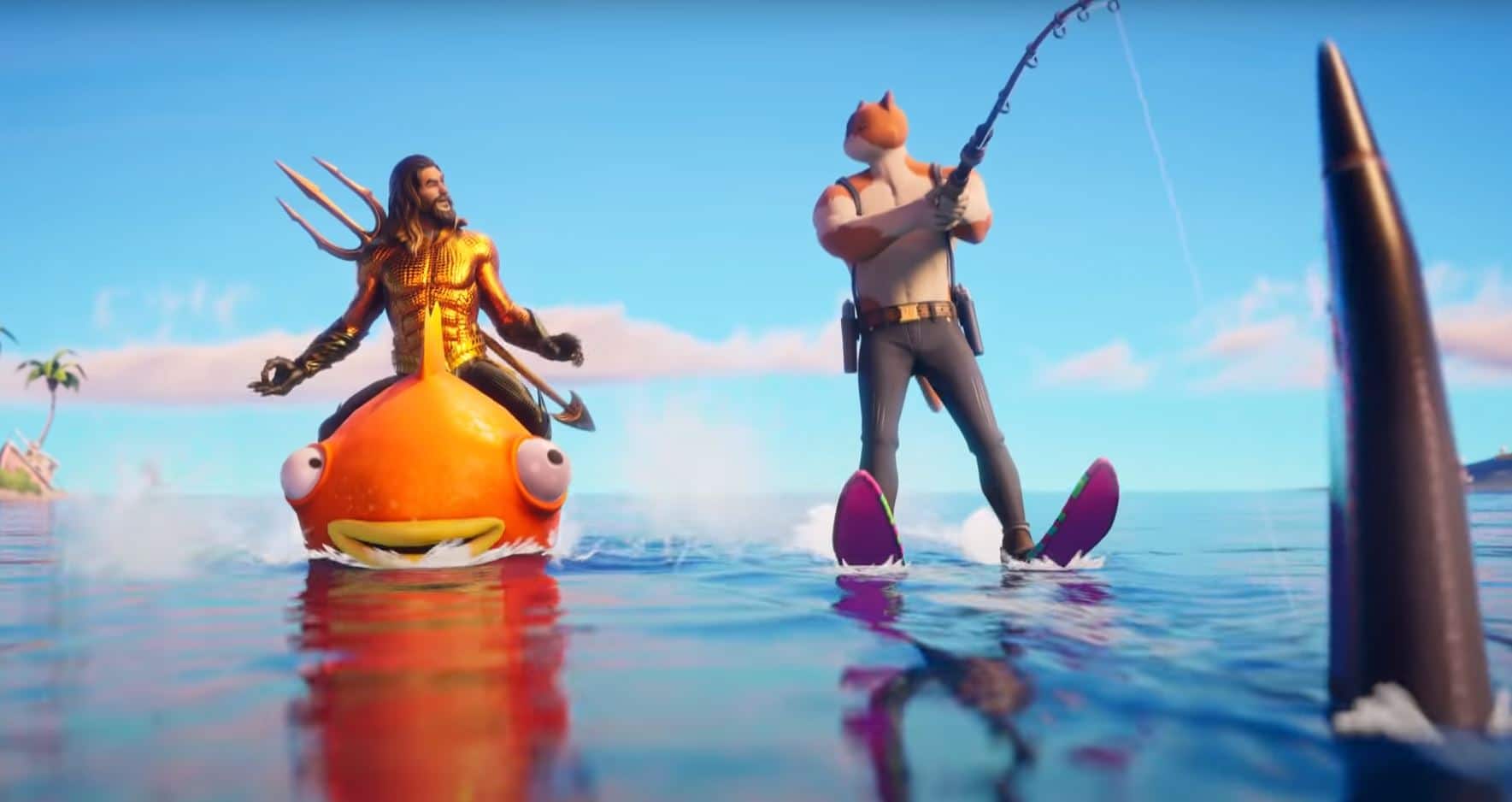 The official Fortnite Chapter 2, Season 3 Splashdown Launch trailer has been released on Fortnite’s official YouTube Channel. Here is the full footage of the trailer.

The much anticipated Fortnite Chapter 2, Season 3 is almost here and the downtime for this has already started. We do expect the servers to be off for quite some time and the downtime will most likely be longer than usual updates due to a new season being released.

There is usually a trailer that is released before new seasons and in the past, some of these have been leaked before released, but Epic Games have decided to release the trailer on their YouTube channel beforehand.

At the start of the trailer, we can see Midas on a plank of wood on the water, looking defeated as his device didn’t go to plan. We then see him being attacked by a shark, confirming what was already speculated before, that there will be sharks in the game.

We can then see Meowscles using a Fishing Rod to ‘ride’ the shark, which means that we will be able to interact with the sharks and use them as a mode of transport in the water. We can then see the island that was partially revealed in some of the teasers for the season.

Aquaman is then seen, confirming that there will be an Aquaman Skin available, likely in this seasons Battle Pass. You can also see some of the other Battle Pass skins in the trailer.

You can watch the full trailer for Fortnite Chapter 2, Season 3 below:

Dataminers will be leaking more as they go through the files that have been added in this update and we will of course be letting you know as soon as we can. Make sure you turn on website notifications to keep up to date with the latest new as it is released.

What do you think of the Fortnite Splashdown trailer? Let us know in the comments below.