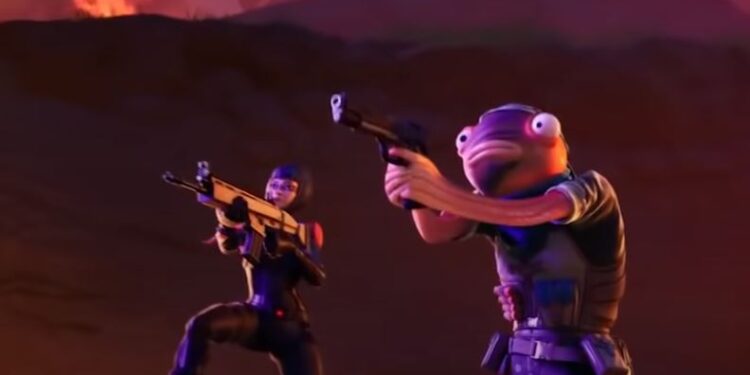 Here’s everything we know about the new Fortnite update, v18.20.

We had our first major Fortnite update of chapter 2 season 8 two weeks ago with the release of v18.10. Since then, we’ve had a maintenance update along with a hotfix content update.

The content update was released last week on Tuesday and included the release of a new weapon, Dual Fiend Hunters Crossbow. We also had the announcement for the Fortnitemares 2021 Halloween event with new Halloween-themed skins already rotating into the item shop.

Epic Games have announced the second major new Fortnite update that’ll go live today, v18.20. Here’s everything we know about the update so far including what new content we can expect to see, when the servers will go down for scheduled maintenance and more.

As with all new updates, this update was announced on the Fortnite status Twitter account. The servers will go down for scheduled maintenance at 4 AM ET (9 AM UTC). Matchmaking will be disabled thirty minutes before.

There’s no information regarding how long the servers will be down for, but we’d expect them to be down for a couple of hours at least. We’ll update this when the servers are back up along with the file size of the update for each platform.

We haven’t had official Fortnite patch notes for most of the seasons in chapter 2. Epic started posting them last season and have continued to do so this season. However, they usually don’t contain any information regarding the actual changes behind nerfs and buffs for weapons and items, but thankfully data-miners post this information on Twitter.

We know what we can expect from tomorrow’s update which should be in the patch notes once the servers are back up. We should see new Tarot Cards, the Graveyard Drift Quest Pack, Golden Skull Trooper, Comabt SMG vs Combat AR vote, and a number of bug fixes. We likely won’t see the Fortnitemares 2021 challenges and rewards added to the files until next weeks v18.21 update.

We should see new Fortnite skins leaked along with the challenges for this week. We’ll also likely see new weapons and items leak during downtime. Be sure to check back to see all the coverage for the v18.20 Fortnite update.