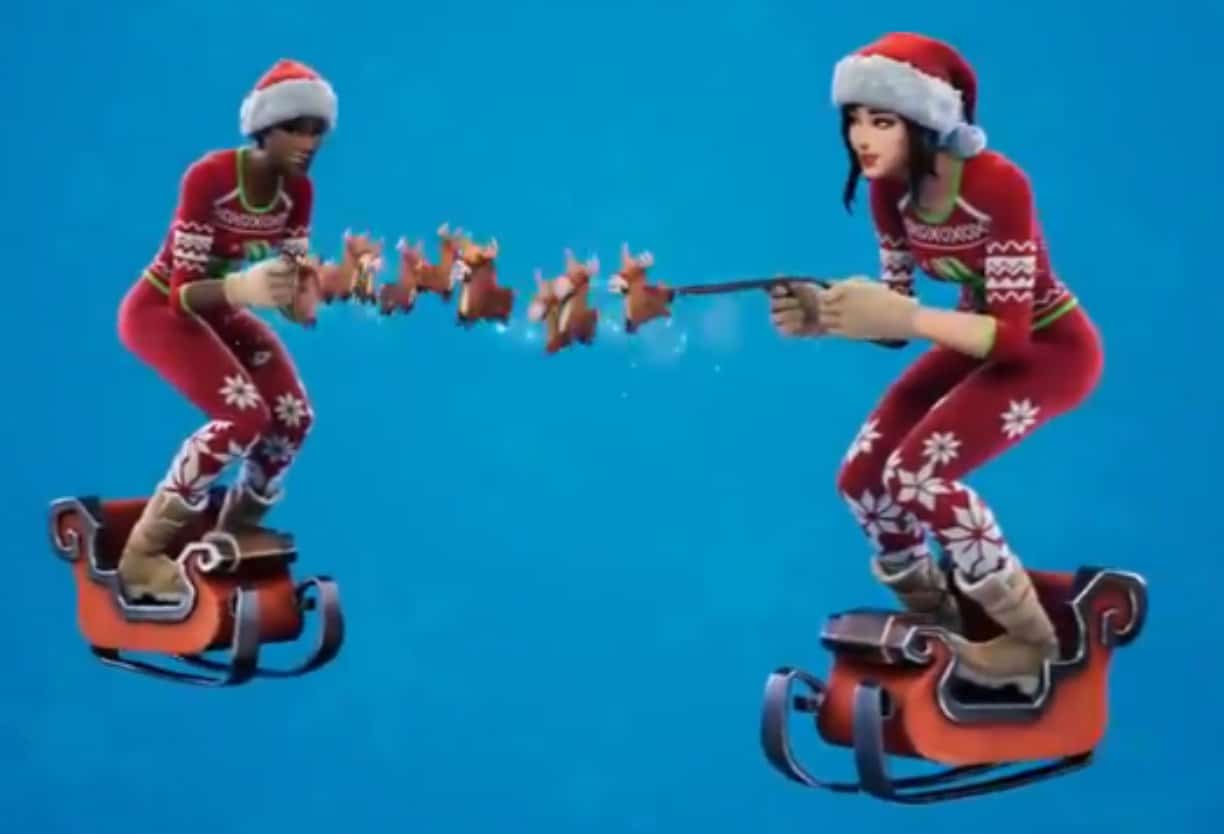 For the last few days, we’ve seen new Fortnite Christmas skins enter the item shop as part of the Winterfest event. We’ve seen the Frosted Flurry, Kane, and Dolph Fortnite skins in the shop along with other holiday themed cosmetics including wraps, gliders, and emotes.

Epic leaked one of the Christmas skins that’s currently encrypted in an email to the community. The skin can be seen in the image below on the right:

It seems as though Epic have yet again leaked a new Christmas skin that’ll have different styles.

When the Fortnite Item Shop updated last night, Epic Games tweeted a clip of the new emote, Ride Along. In the clip, you can see two skins that haven’t been released before, nor have they been leaked by dataminers.

The style is the same for both the character models seen in the image above. That means it’ll likely be one skin that has several different styles. There aren’t many skins like this that Epic have released, but the skins in the Banner Brigade skins come to mind.

Each skin has a similar or almost identical skin style, but on different character models. Each skin is that set is available for 800 V-Bucks. It’s possible we’ll see the two new Christmas skin models seen in the image above do something similar in terms of availability.

As it’s Christmas Eve, it’s likely that these new skin models will be available in today’s Fortnite Item Shop. If they are to release in today’s shop, will you be purchasing them? let us know in the comments section below.