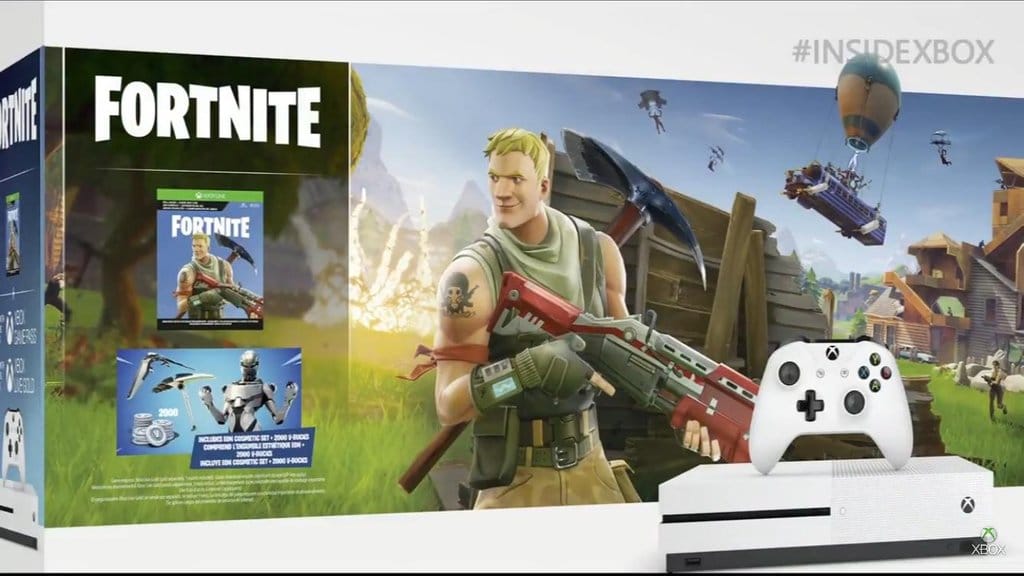 During the “Inside Xbox” live stream, Microsoft confirmed that there will be an exclusive skin for players that purchase the Xbox One S console. As previously leaked, players will get the following items:

PlayStation also had a similar bundle where players that bought the console would receive the exclusive Royale Bomber skin and 500 V-Bucks. The skin is now available when only purchasing the PlayStation controller and so it is possible that there will be something similar available at a later date for the xBox bundle.

The price for the Xbox bundle and release date is yet to be confirmed.