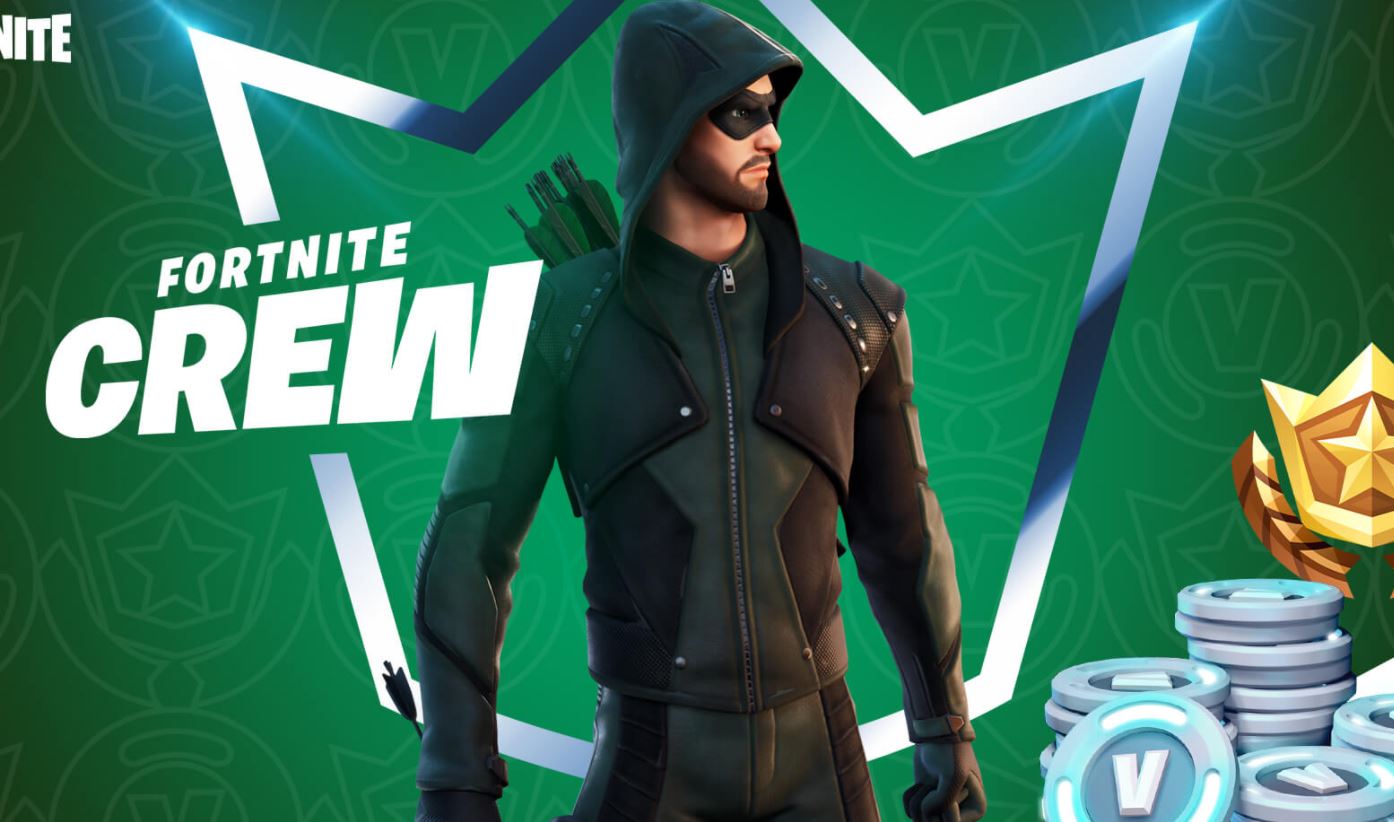 Epic Games have confirmed the Green Arrow Fortnite skin will be in the next crew pack monthly subscription (January 2021).

A few months ago, data-miners leaked that there would be a Fortnite monthly subscription pack that will provide players with the Battle Pass, V-Bucks, and exclusive Crew Pack cosmetics.

Players that did manage to purchase the Green Arrow Fortnite Crew Pack were quick to pot gameplay of the skin. There wasn’t any news in regards to when the next monthly subscription pack would be available until Epic’s recent announcement on social media and through their new blog post.

DC’s expert archer, Green Arrow, will be joining the Fortnite crew. The January Crew Pack includes the Green Arrow Fortnite skin, the Tactical Quiver Back Bling with an additional style, and the Boxing Glove pickaxe.

It’ll be available for all Fortnite Crew members on December 31st at 7 PM ET. If you don’t already have access to the Fortnite Chapter 2 Season 5 Battle Pass, you will with the purchase of the January pack as well at 1,000 V-Bucks.

You can also purchase the Marvel Royalty & Warriors Pack which includes the Black Panther, Captain Marvel, and Taskmaster Fortnite skins along with a bunch of other cosmetics including back blings, pickaxes, emotes, and gliders.