Ninja is making an excess of $500,000 per month playing Fortnite Battle Royale 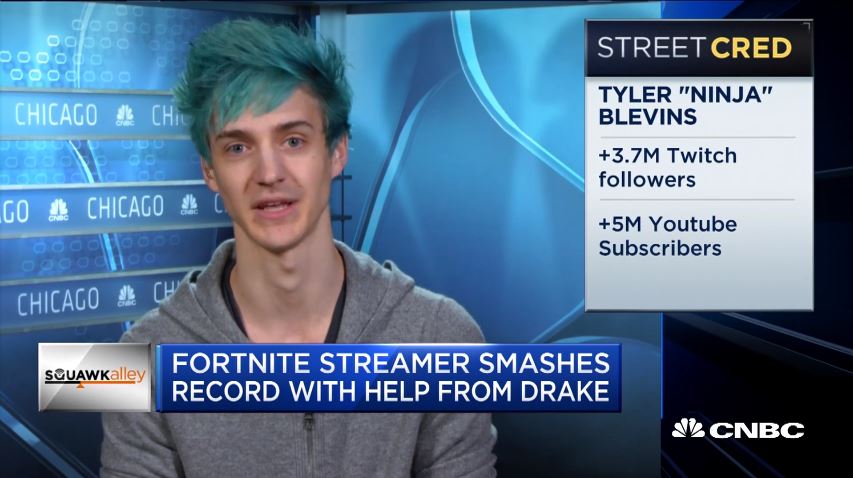 The most popular Twitch streamer, Tyler ‘Ninja’ Blevins, recently featured live on CNBC, is making north of $500,000 per month live streaming on Twitch and posting videos on YouTube.

In the video below, Ninja goes over how a substantial percentage of his income comes from Twitch subscribers, with other forms of social media including YouTube, Instagram and Twitter contributing.

However, when we dive into the numbers, it’s clear to see Ninja is making substantially more than $500,000 per month. Given his current Twitch subscriber count, roughly 197,580 at the time of writing, with a higher $3.50 rate per sub means he’s pulling in $690,000 with his Twitch subcribers only. When adding in normal donations and bit donations, it’s safe to assume the figure would far higher.

Looking at the estimated earnings on Social Blade for his YouTube channel, Ninjas’ actual monthly income is much closer to $1 million per month.

Ninja believes he as Fortnite Battle Royale to thank for his recent influx in subscribers, stating that the recent collaboration between Epic Games and Twitch Prime where Twitch Prime members can redeem a free skin in Fortnite, has brought a large proportion of new subscribers to his Twitch channel.

Although Ninja is making these large sums of money, it’s important to remember he, along with his wife, Jessica, are sponsoring a new animal every month where they take care of them or pay off their vet bills. He also raised over $114,000 for suicide prevention and awareness last month.