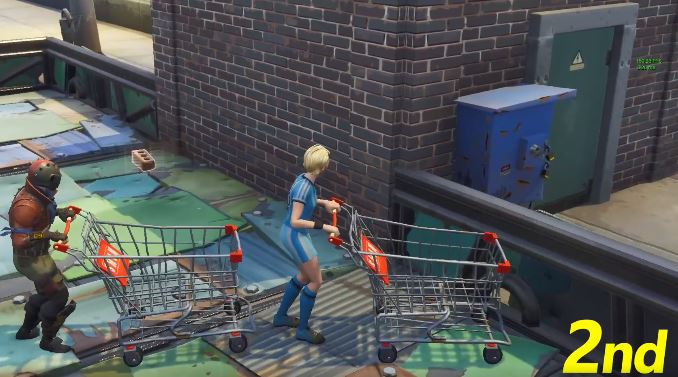 Although the fun, carefree Plaground LTM had it’s issues upon initial release, it’s now turning out to be one of the modes Epic Games have introduced into Fortnite with players being able to let their imagination and creativity run wild and create whatever comes to mind.

Reddit user JoshB_C did just that with a friend, creating a Mario Kart esque track that they called “Tilted Track”, a track created in Tilted Towers that both he and his friend raced through using shopping carts. The design and layout of the track is similar to that found in Mario Kart, and the video gained a lot of traction on Reddit, gaining over 18 thousand points on Reddit.

Adding to the experience, they added in different camera movements using the replay feature, the music soundtrack, and race positions. It’s a shame all that work will be going to waste, hopefully Epic Games will add a feature to save maps so creators don’t have to keep see their work go to waste.

We made Mario Kart in Fortnite from FortNiteBR