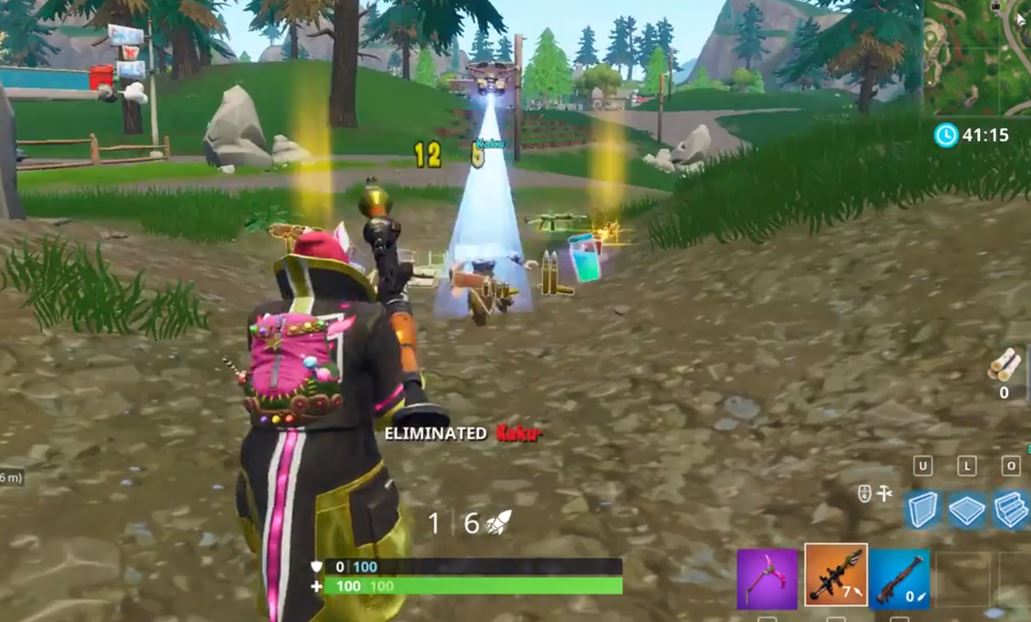 Epic have released the second version of the Playground Limited Time Mode (LTM), which has had a lot of improvements from the original version. For those that don’t know, the Playground LTM is where players can explore the map at their own leisure and show off their creativity. Each match lasts for an hour and there is a maximum o four players that can join each match.

This is only the second version, so there are a few more improvements that will need to be made until it is ready to become a permanent mode. It seems as though a glitch has been found in this version, where you can stop other players from spawning, as illustrated in the video below:

you can prevent you buddies from spawning in playground. from FortNiteBR

As you can see, if you keep shooting at the area in which you eliminated the player in Playground mode initially, you can keep killing that player when they spawn. When using any weapon to eliminate the player, the killfeed registers the distance from you to the player dropping, even though you kill the player from the same place they died.

From looking at the comments on this post, it seems to work with any item/weapon, for example, stink grenades. If you throw a stink grenade on the area in which the player that was recently eliminated died, they will continues to take damage from the stink grenade, even though they are in the sky and still dropping.

Epic have not addressed this issue yet, so you will have to hope that friends will not be taking advantage of this when you die. A work around on this is to not get eliminated in Playground mode!

We will keep you updated on any new information on this glitch.