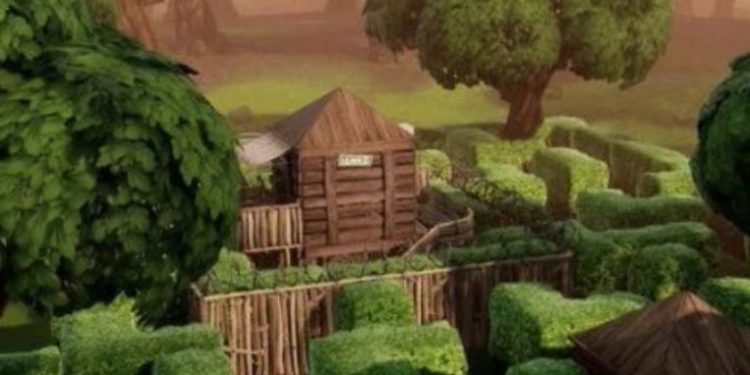 Some eagle-eyed Fortnite fans have stated the Shifty Shafts and Wailing Woods chapter 1 locations will be coming back chapter 3.

Fortnite players around the world are waiting for the game to be playable again. Since the conclusion of chapter 2, we’ve been stuck staring at Jonesy in the water slowly floating his way to the new island which was under the chapter 2 map the entire time.

According to data-miners, Fortnite chapter 3 season 1 was expected to launch of Tuesday, 7th December which would have meant three days of downtime. However, with the Fortnite Poland YouTube channel accidentally posting the Battle Pass trailer a few days early, Epic decided to release the season tomorrow.

We’re not sure how true the first part is, but it seems most players are happy the new season launches on a weekend. During downtime, players can use Fortnite Flipped to uncover the new island.

The more percentage that gets completed, the more the new map is revealed. You can track the progress along with how much of the map has been revealed on the official flip the island website.

Players were wondering if the old Fortnite map from chapter 1 would be making a return. We know from the leaked Battle Pass trailer that it won’t be coming back, but it seems like locations from the old map will.

Although not official, popular data-miner Hyper seems to have spotted something from the uncover the island reveal. In the Snow Biome, it looks like Shifty Shafts from Chapter 1 will be coming back on the chapter 3 map.

When comparing the outline of the two locations, it does look like Shifty Shafts is on the map with some changes to it. Here’s an overview of Shifty Shafts along with the new outline on the new map:

It seems like it won’t just be Shifty Shafts making its return, Wailing Woods will be returning too. Again, a location in the snow biome of the Chapter 3 map looks like Wailing Woods.

There’s a good chance we could see other locations from the old chapter 1 map returning for the new chapter ahead. It seems like every old POI has some changes made to it to keep it fresh, especially for those that might not have liked those POI’s back in chapter 1.

It’ll be interesting to see if Epic Games add any more old POI’s back from the old map if they do have more than two making a return.