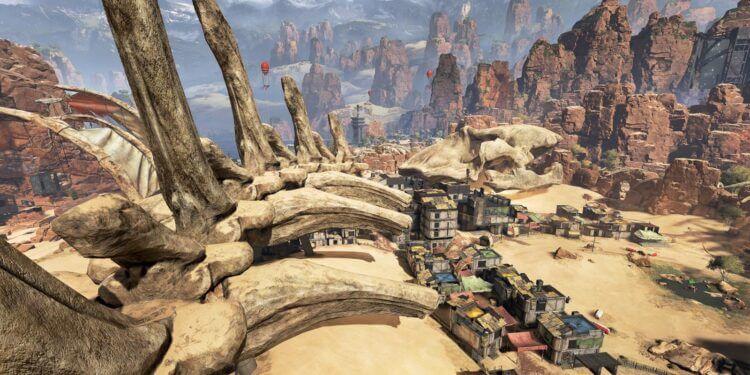 Skull Town is finally coming back to Apex Legends!

Apex Legends was first released on 4th February 2019 and the original map was called Kings Canyon. Since the release of this map, there have been some changes made, with Leviathans first attacking the map and making some changes to the map to them being moved to the water in later seasons. In Season 5, major changes were made to the map due to the actions of Loba and the Syndicate, one of which was Skull Town falling.

Skull Town was a very popular Point of Interest (POI) to land at, with almost half of the lobby being eliminated here in the early stages of the game! Since the removal of Skull Town, the player base have always wanted it to come back, and it looks like the developers at Respawn are doing just that!

Apex has a lot of lore for each character and unlike some other Battle Royale games, the storyline is very consistent and makes a lot of sense, so it may be difficult to include Skull Town back to Kings Canyon. So this brings up the question of how Skull Town will make a comeback and the answer could be Arenas.

Arenas is the new mode introduced to Apex this season and have proven to be such a popular and successful addition to the game. In this mode, we see two teams of three compete against each other to win, with there being a minimum of three rounds where players earn/gather materials to purchase weapons, healable items and abilities.

In Arenas, there are small sections from the maps that feature in this mode for the teams to fight in and Respawn could be hinting at a new Skull Town map coming to Arenas. The patch notes should be releasing on Thursday, so we will know exactly what changes will be made then, but let us know what you think in the comments section below.