It looks like we're getting a Madusa Fortnite skin. 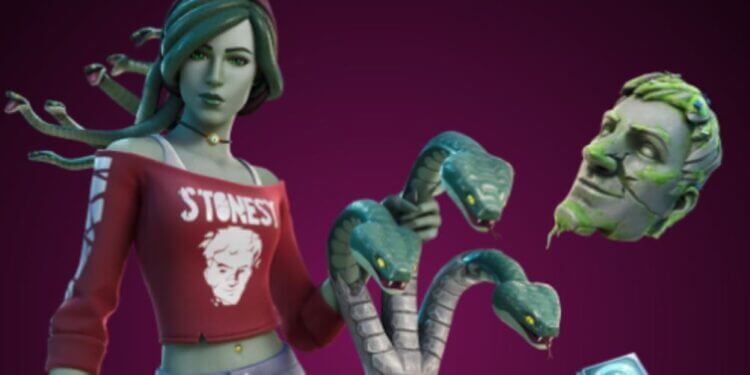 A new Fortnite challenge pack has been leaked, Snakes & Stones.

We’re under four weeks away from a new season. Fortnite chapter 2 season 6 is scheduled to end on Monday, June 7th with season 7 expected to start on Tuesday, 8th June. We have a new major update today and will have one more update before the season ends, v16.50.

The Fortnite servers are currently down for scheduled maintenance, but the new update has been pushed out on all platforms. As usual, data-miners have been looking through the files to see what Epic have added in today’s update.

A number of different challenges have been leaked along with the usual leaks, cosmetics, new creative assests, and an image of the map in case anything major has been changed.

Since the launch of different Fortnite cosmetic packs, Epic Games have been created and releasing new packs regularly. That hasn’t changed this season and we have two new packs that’ll be coming to the game likely before the season ends.

There’s technically only one challenge for this pack but the amount of times you need to perform this action changes like a staged challenge.

Players will need to complete uncommon or rarer quests. The first stage if six challenges and will go all the way up to thirty. You’ll unlock 100 V-Bucks for the first stage and each stages will provide an additional 100 V-Bucks over the previous stage.