Spaceship Fortnite Location: Where is the spaceship in Fortnite & challenge missing parts 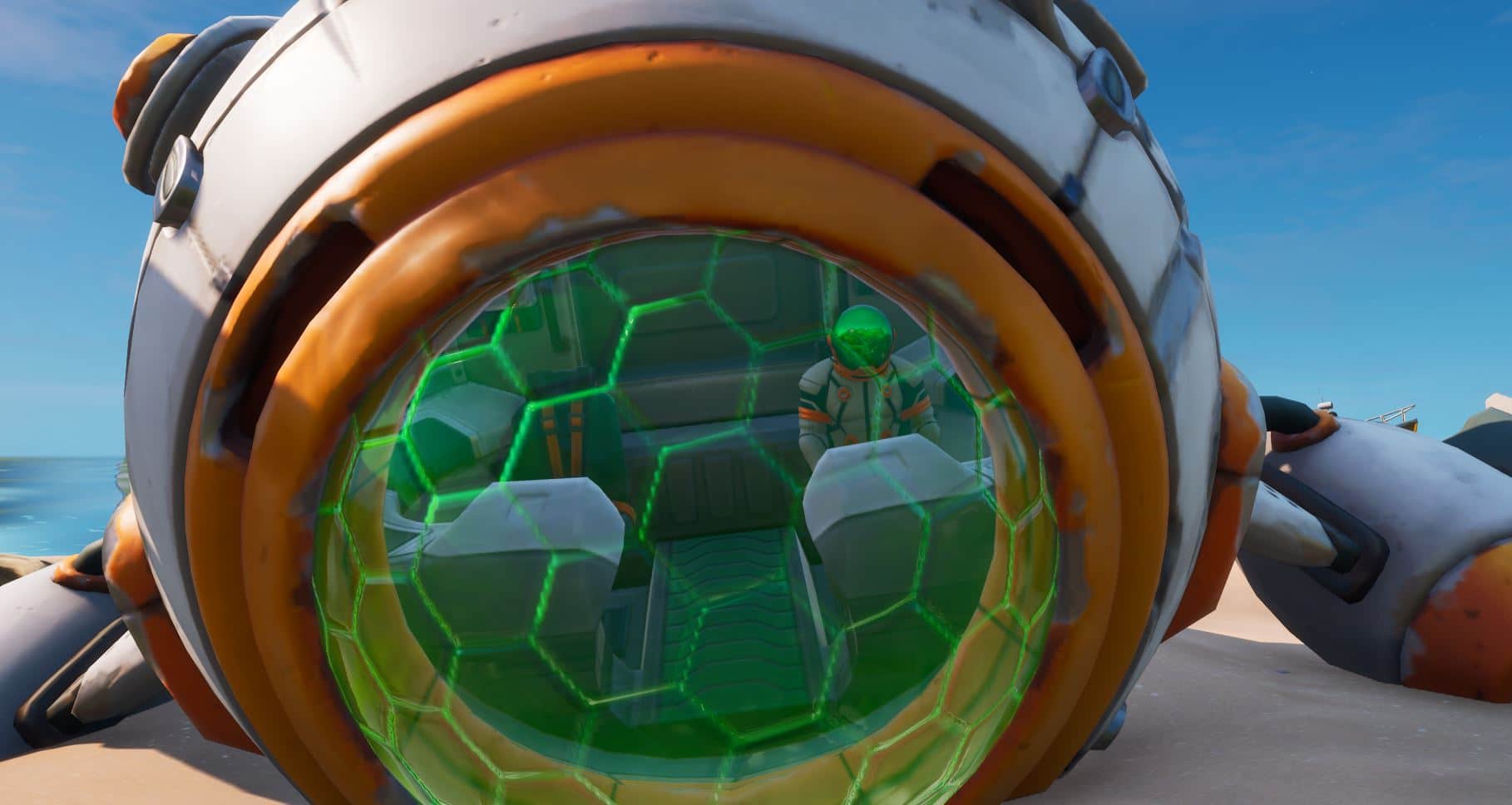 Here’s where the spaceship is in Fortnite along with the challenges and where the missing parts are.

Epic Games released the final Fortnite update for the season which introduced the Coral Castle POI along with the ancient astronaut spaceship being accessible. With the changes came a brand new secret challenge.

The challenge comes in stages which requires players to find missing parts for the spaceship, installing them on, and then launching the spaceship. Here’s a quick guide for the Fortnite spaceship challenge.

Where is the Spaceship in Fortnite (location)

Most players are probably wondering where the Spaceship location is on Fortnite. Before today’s map update, it was still under water. The location of the spaceship in Fortnite is north east of Craggy Cliffs. Here’s a map outlining the location below:

Here’s the Fortnite spaceship challenge. In order to activate it and complete the first part of the challenge, all you need to do is go up to the ship and you’ll have started the launch the ship challenge.

It’s important to note that you can actually complete this challenge in Battle Labs. We tested this out ourselves, and the challenge registers as completed in Battle Labs. It’s a quick and easy way to complete it without risking being eliminated by other players.

Where are the missing parts for the spaceship in fortnite

As mentioned above, there’s different parts to this challenge. Players need to find the missing parts and then install them before starting the launch sequence. The missing spaceship parts in Fortnite are:

However, if you want to know which part is which, the battery pack is the one closest to the spaceship, the thruster is the one in the cliff, and the heat shield is the one on the sand underneath the rocks.

Here’s the thruster in the cliff: 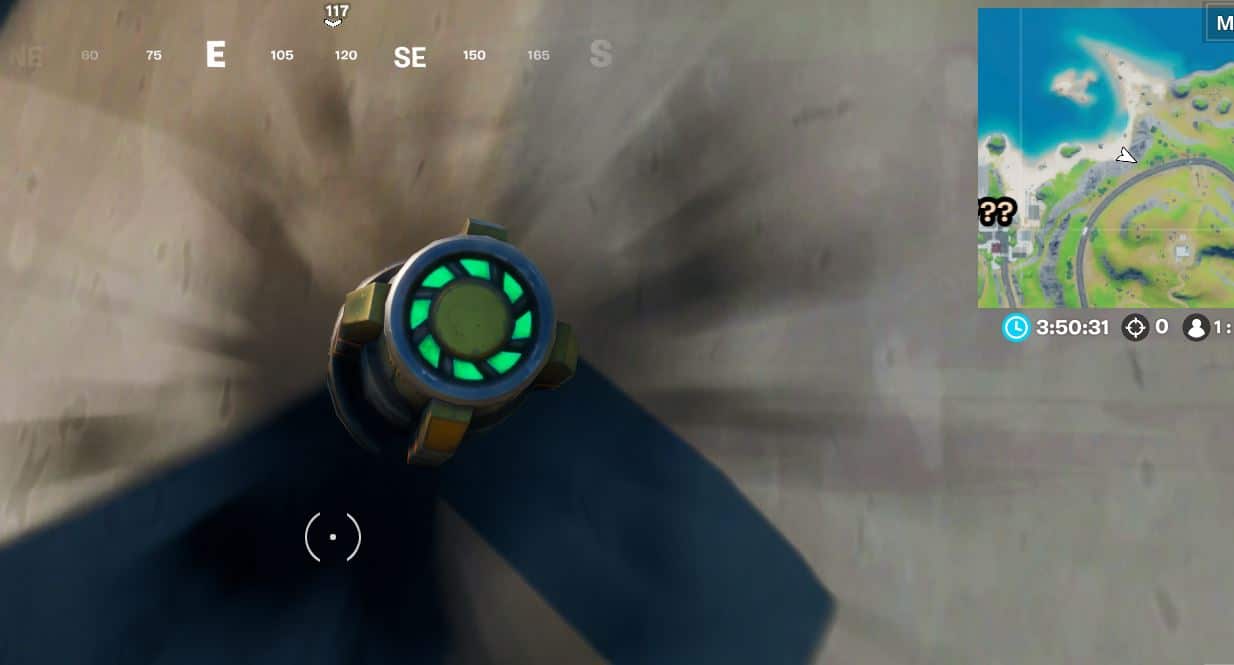 Here’s the heat shield which is under rocks you need to destroy: 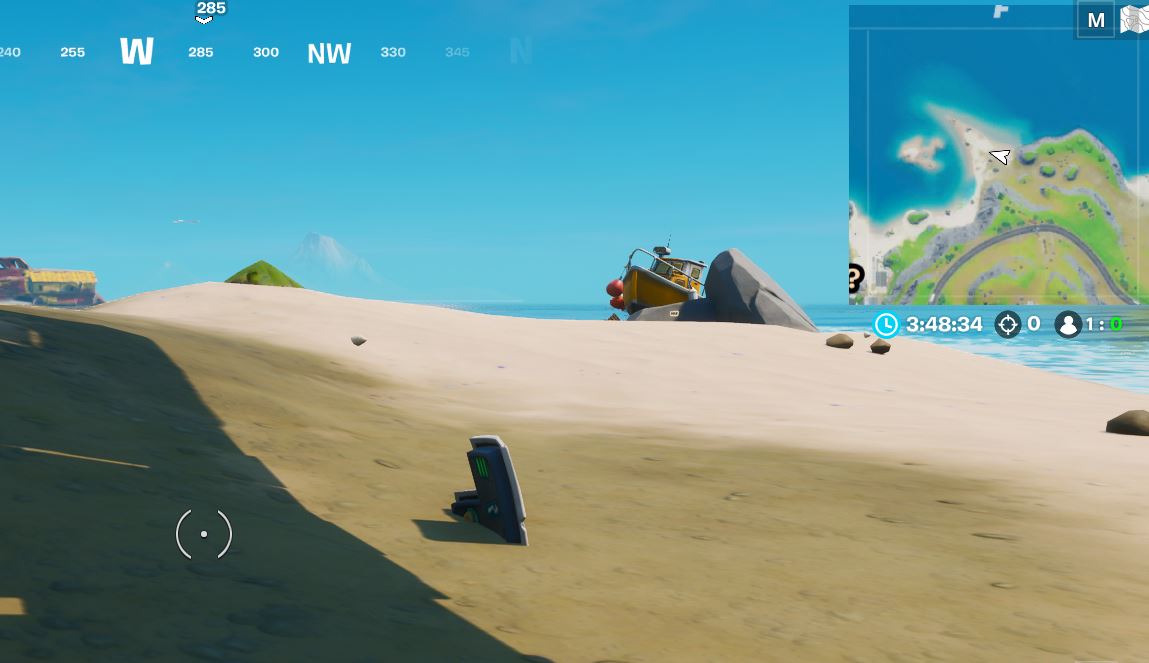 Finally, here’s the battery pack that’s under the taller rocks by the spaceship:

You get 14,000 XP for each part of the Fortnite Spaceship challenge. There’s no cosmetic rewards or anything of the like, but you get a nice boost in this seasons leveling system.