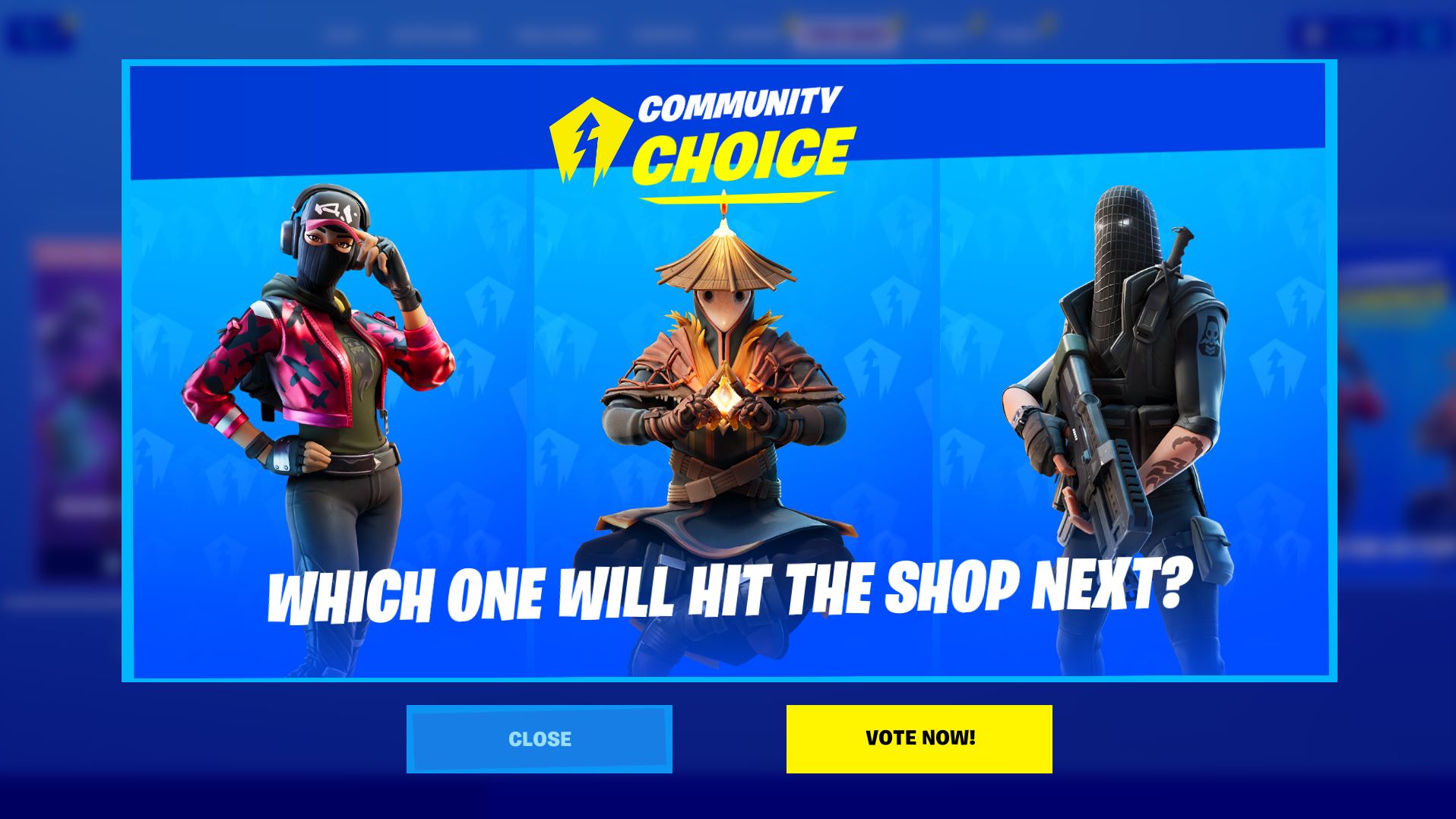 Before Fortnite Chapter 2 began, dataminers leaked a Fortnite Item Shop vote feature that would allow players to vote on which Fortnite skin would be available in the Fortnite shop when it resets at 7pm ET.

What they didn’t leak was the fact that players can vote on Fortnite skins that have been leaked from the new files Epic add in Fortnite updates.

We’ve had a couple community choice votes so far, and the Fortnite skins that aren’t voted for are never to be seen again with none of them ending up in the item shop.

Here’s a look at the Fortnite skins that are in the November 26th community choice:

As usual, there are total of three skins on the community choice with players only allowed to vote for one of the skins.

The skins are Riley, Terns, and Stingray. Riley was leaked in a previous update whilst Terns and Stingray were leaked from the most recent v11.20 patch update.

The voting ends up until the Fortnite Item Shop resets today at 7pm ET, so there’s plenty of time to vote.

The Fortnite skin that wins the vote will be available to purchase today when the shop resets with the new cosmetics. It’s likely that the two skins that lose will be pushed back in the queue of when Epic will release them similar to what we’ve seen with the other community choice vote skins that lose.

Have you casted your vote yet? Let us know in the comments section below what skin you’ve voted for.