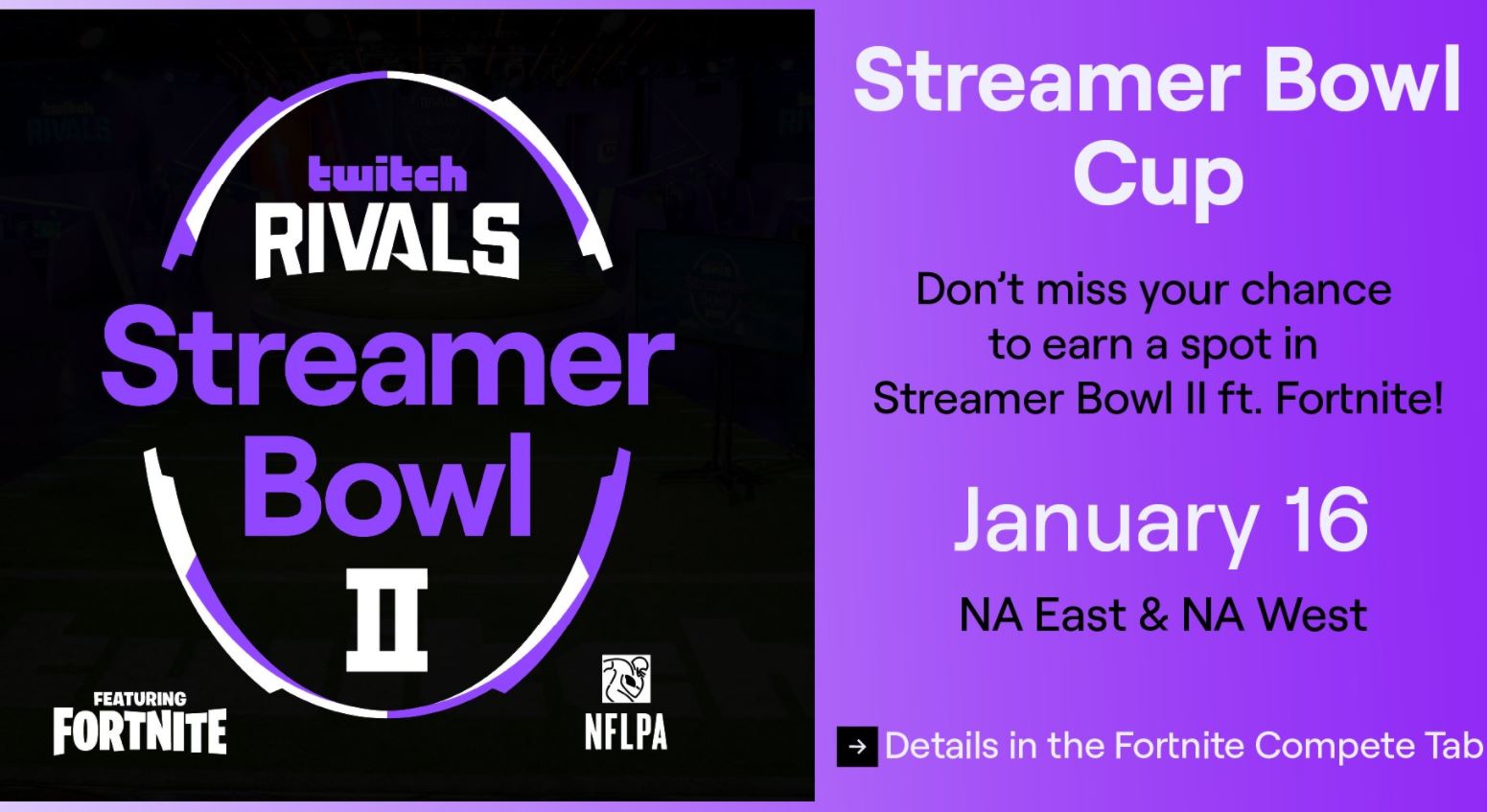 Here’s everything you need to know about the Fortnite Stream Bowl 2 cup including the “failed to query for tournament rules” error.

Epic Games are hosting the Fortnite Stream Bowl 2 today, so we’re here to recap everything you need to know about the tournament, including the start time, a common issue players are experiencing, and more.

What times does the Fortnite Streamer Bowl 2 Cup Start?

You can compete in the Streamer Bowl 2 tournament by heading over to the compete tab you’ll find once you’re in the Fortnite lobby. You won’t be able to access the tournament unless you’re on the NA East or NA West servers.

There isn’t much information regarding the tournament, but what we do know is that you’ll have the chance to play alongside one of your favorite creators and NFL players in the streamer bowl.

NFL players including Mike Evans, Kenyan Drake, Kyler Murray, and Tarik Cohen will all participate alongside some of the most well known Fortnite content creators such as Bugha, Chap, and family friendly streamer NickEh30.

On all platforms, players are experiencing an error whne trying to participate in today’s tournament. Players were flooding Twitter to complain about the “failed to query for tournament rules’ error.

Unfortunately, there’s no way official way for players to fix this frustrating issue. However, some players have suggested on Twitter to queue in arena solos and then immediately switch to the tournament. This suggestion might not work on the first go, so you’ll have to keep retrying to get into the tournament.