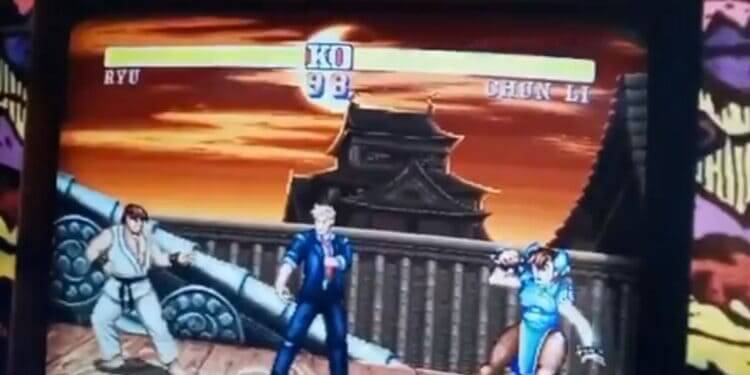 Ryu and Chun-Li from Street Fighter are coming to Fortnite Battle Royale soon.

At the start of the season, Epic Games took their player base by surprise with the introduction of the Kratos Fortnite skin. This was then followed up with other charaters from different games including Master Chief, Daryl Dixon, and Michonne.

At the start, it seemed as though these would all be actual hunters, especially with the Predator mystery skin. However, we’ve had skins like Sarah Connor and Tron Legacy. A new portal opened up hours ago, and some data-miners assumed it would be WandaVision skins simply because of the fact that there were going to be two skins coming, male and female.

However, once the portal image was revealed, it was confirmed that the next Fortnite skins would be a Street Fighter X Fortnite collaboration.

Twitter user ItzBake posted the short trailer of the collaboration. Agent Jonesy appears in Street Fighter and takes both Ryu and Chun-Li with him as they were beginning to fight. Here’s a look at the trailer:

Apparently, there will be some emotes with the Street Fighter Fortnite skins although there’s a chance that the video circling is fake. Here’s the video of the emote:

Emotes!
Note: These may be fake, take caution! pic.twitter.com/2SC2i5zjYs

We’d assume Ryu and Chun-Li will be available to purchase in the Fortnite Item Shop tonight, but nothing has been confirmed. Let us know in the comments section below if you’ll be picking up the Street Fighter Fortnite skins.