The Cube has now cracked and is leaking 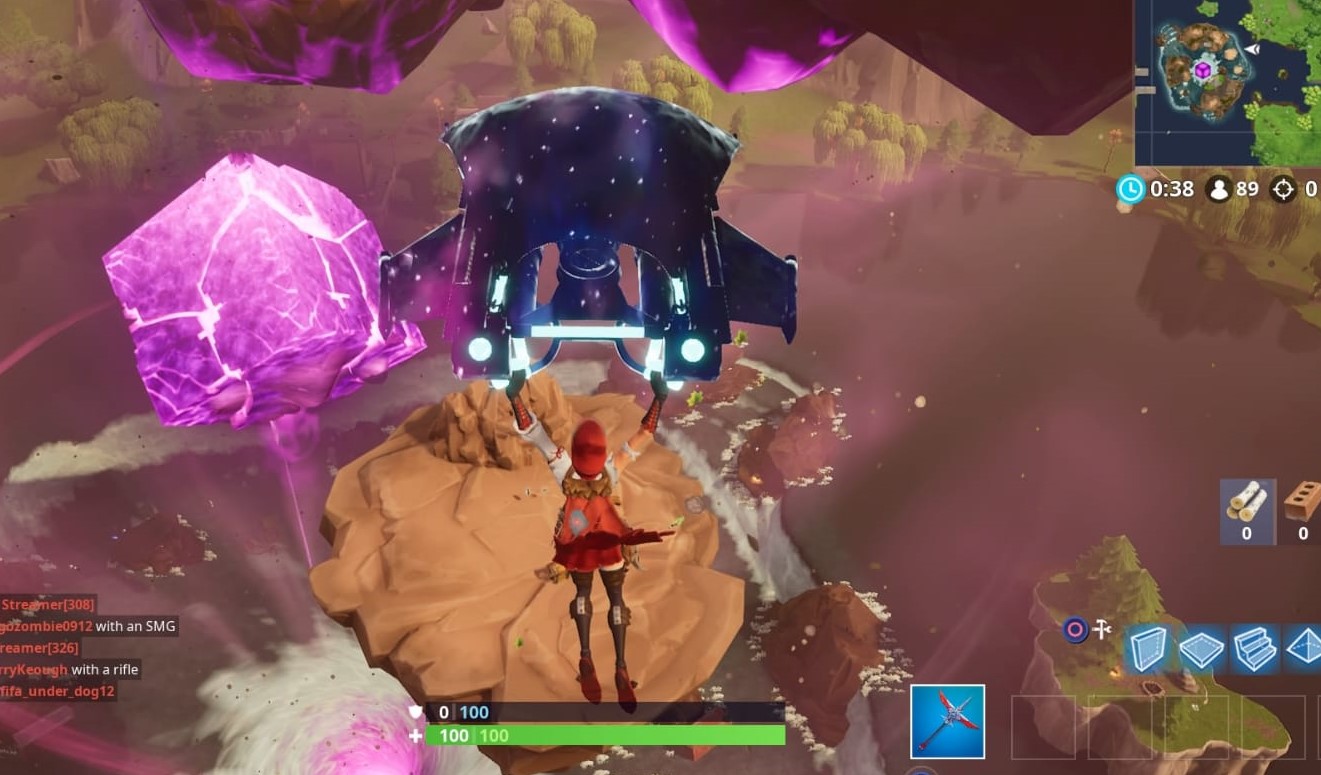 The cube has been the focus of this season, we’ve been following it’s journey since it was created by the rift, and it appears as though the cube has reached the final phase ahead of the live event tomorrow. It seems to have cracked and is spilling into the whirlpool. Here is a video of the cube cracking from Dakotaz:

was in playground messing around and something happened with the cube just now 🤫 pic.twitter.com/dAE3LyA44k

Dakotaz has posted another video, and it appears as though something had dropped into the whirlpool

The one time live event, known as the ‘Butterfly’ event in the files, will be taking place tomorrow, and it appears as though the cube is getting ready for it.

Kevin the Cube has caused a lot of destruction around the map, and it looks like it will meet his fate tomorrow during the live event. There have been leaks regarding the event, but nothing that will give away what will happen during the event. The only outcome that seems like a certainy is Kevin the Cube being destroyed and Epic Games finally providing some clarity on why the cube was added to the map, and why it has been rolling around the entire Fortnite map for the past few weeks.

UPDATE: It appears as though the Cube is now pulsating. There may be more changes to the cube as the live event draws closer. We’ll keep you updated with the latest.

The cube is now pulsating! from r/FortNiteBR