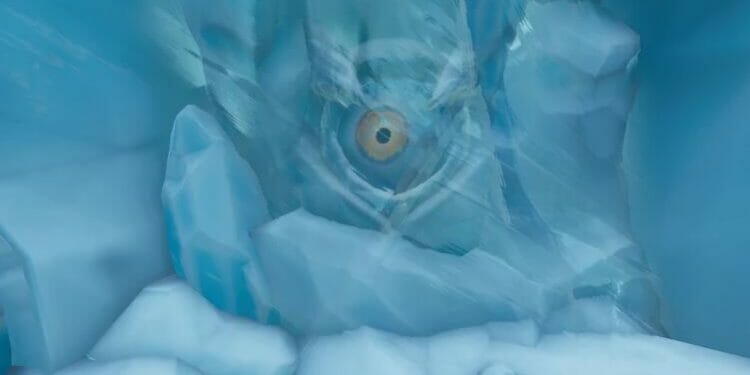 There’s a new “The Devoured” Cattus Cave location on the map along with the Devourer monster sound clips being leaked.

We had the first major Fortnite update of the year today with the release of 19.10. The update includes the return of Tilted Towers, a new Klombos dinosaur, the Klomberries item, and the return of the Grenade Launcher.

There’s also a new landmark location called The Devoured, which has the code name “Cattus Cave” in the files. It’s located near Tilted Towers and there isn’t much at the location right now.

The Devoured Cattus Cave location includes a few chest spawns, an excavator, a number of consumable mushrooms, shovels, and a small shack. There’s also a small tent with a TV on a table and a truck.

It appears as though this might become an actual cave as the season progresses because clearly there’s someone trying to dig down at this location. Here’s an overview image of The Devoured Cattus Cave.

Again, this is a location to keep an eye on as the season progresses. The Devoured will likely expand until it’s a fully formed cave and judging by the leaks mentioned below, we could have an enticing end of season event surrounding what could be in the cattus cave.

Data-miner Fort Tory has posted some leaks that all but confirm The Devourer monster will be making a return in the near future. The leaked files are distance creature cave groans.

The devourer was the monster that was in the polar peak iceberg and was woken up after a volcanic strike during the unvaulted event near the end of season 8 when Tilted Towers was destroyed. The Polar Peak cattus monster was defeated during the event by the mecha and was an unnamed POI in season X.

It seems like everything is coming full circle now that Tilted Towers has returned and the fact that the monster will likely return near the end of chapter 3 season 1.