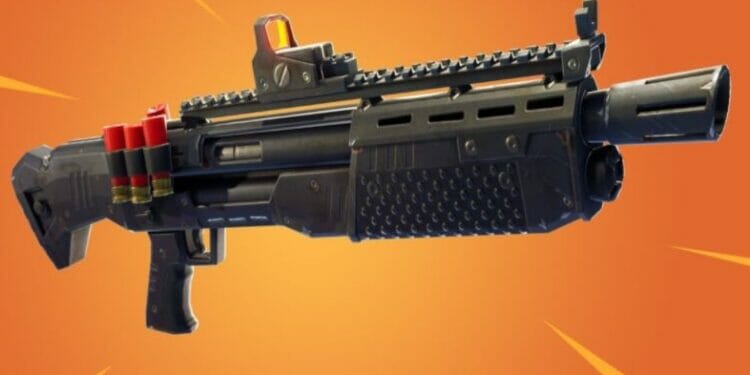 We finally have the return of the Heavy Shotgun in Fortnite chapter 3 season 1.

Players have loved what Epic Games have done so far in Chapter 3 season 1. From what we’ve seen, the majority of the player base believe this is the best map there’s been so far. The sliding and tent mechanics bring a whole different feel to the game, but there is one issue players have.

The biggest complaint we’ve seen is the loot pool. Some players aren’t happy with the weapons and items that are available in the game. You’ll always have this issue when the pump shotgun isn’t in the game, although I personally much prefer it this way.

Epic are obviously aware of the complaints and will always be looking at the data to see what’s needed to keep the player base happy. In the last major update, we wrote an article mentioning the Fortnite Heavy Shotgun should return at some point during the season, and it’s now available in-game.

The Heavy Shotgun was added to Fortnite in chapter 1 season 3 in the 3.31 update. It was last available in the game in 9.30 and was then vaulted again just a day later.

It’s not available in-game and can be found from chests, floor loot, supply drops, and sharks. It shoots one pellet and has a fire rate of 1.3. The common version deals 81 damage with 142 as its headshot damage and a reload time of 4.8 seconds.

The legendary vairant will deal 99 damage with headshot damage of 173 and a reload time of 3.9 seconds. Hopefully the return of the Heavy Shotgun will make players feel better about the current meta. We should also see a couple of weapons make their way into the game before the end of season 1 next month.