The Helicopter in Fortnite Battle Royale Has Moved Once Again 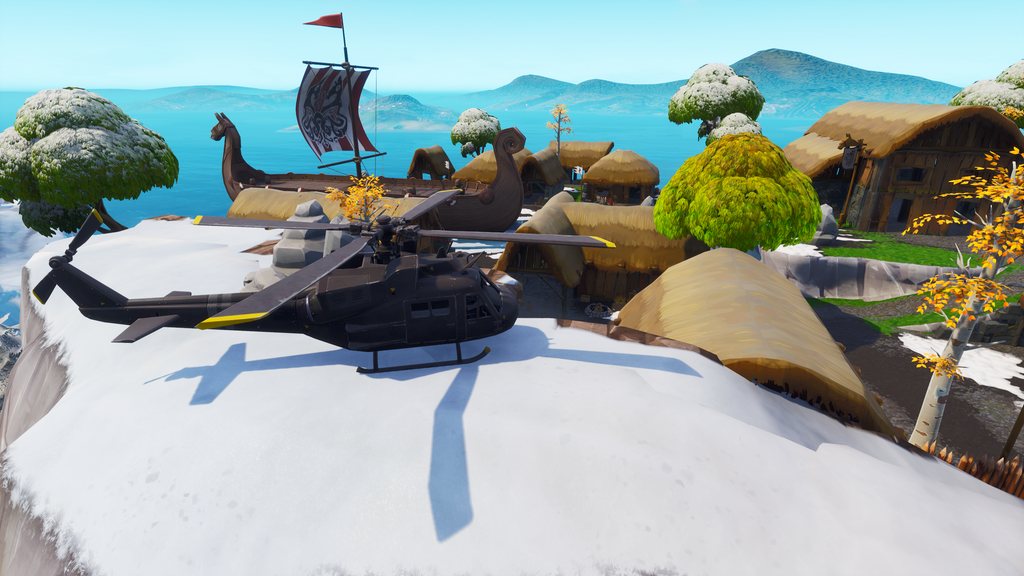 Helicopter At Viking Village via TimSad

The Helicopter in Fortnite Battle Royale has moved once again, and it looks like it’ll continue to do so.

In previous seasons, Epic Games have introduced several different items on the map which move around the map as the season progresses. In Season 5, Kevin the Cube was spawned in the desert biome, and moved around the majority of the map, with the final destination being Loot Lake where it sunk into the water, creating a bounce effect on the surface.

The helicopter was first spotted north west of the volcano, and has moved a total of eight times and each spot it’s stopped at has been near the edge of the map as seen below:

The helicopter recently landed at Viking Village, and it’s likely the next spot will be on the mountain to the west of Pleasant Park.

There have been several theories floating around regarding the helicopter with some saying “it’s just doing a perimeter sweep before they launch the nukes”, whilst others are stating that the helicopter is looking at all of the old crater locations in Season 4 to check if any Hop Rocks were missed.

Data-miners haven’t leaked any files pointing towards an in-game event yet, however, with tomorrow’s v8.20 patch update, it’s possible new event files could be leaked. Make sure you follow us on Twitter, @Fortnite_BR, or turn website notifications on for the latest Fortnite news.