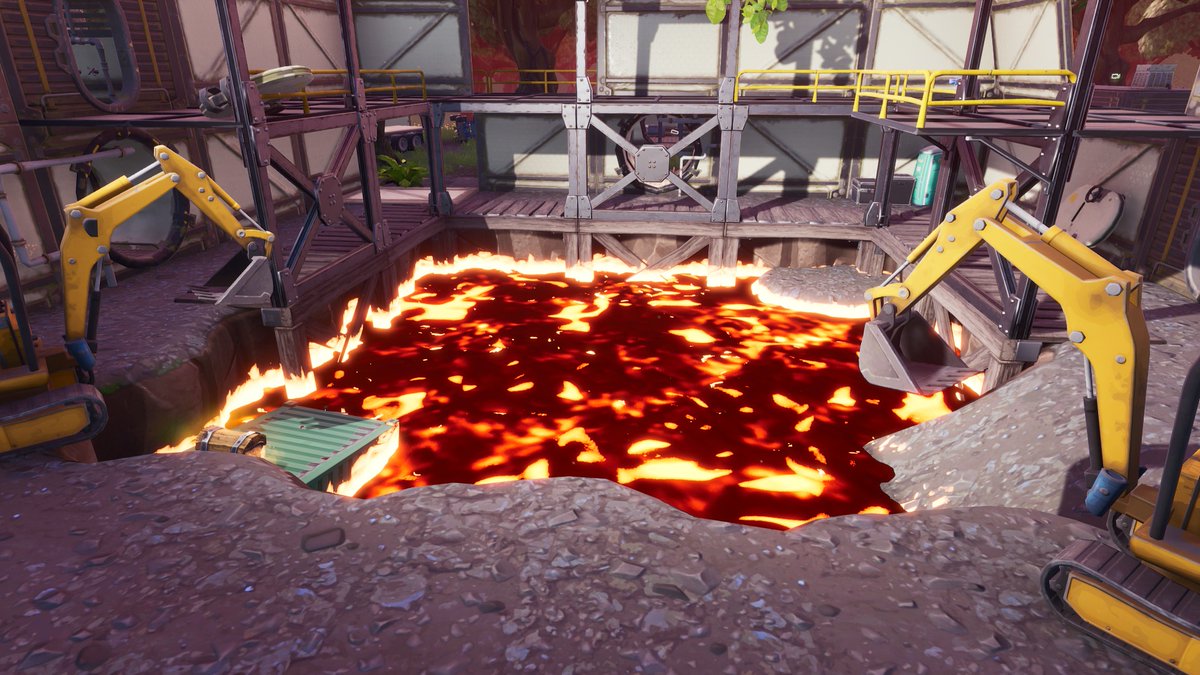 The Dig / Excavation site at Dusty Divot has been filled with lava.

A new dig site was discovered in Dusty Divot yesterday, and players came together to help destroy the blocks of mud to reveal what was underneath. There were a dozen chests, crates, and what appears to be part of the factory that was located near Dusty Depot as seen below:

The final rock was destroyed in the sig site, causing it to fill with lava which can be seen in the video below:

In case anyone's curious on what exactly happened, here's a video of the final rock being destroyed & the aftermath that came with it. pic.twitter.com/47niEYVgYB

At the start of the season, many players predicted Dusty Divot would be filled with lava, and although the entire named location hasn’t been filled, it could be a sign of things to come.

According to dataminers, the next site is predicted to appear on Sunday at around 6 AM ET. We’ll keep you updated if and when a new dig site appears.