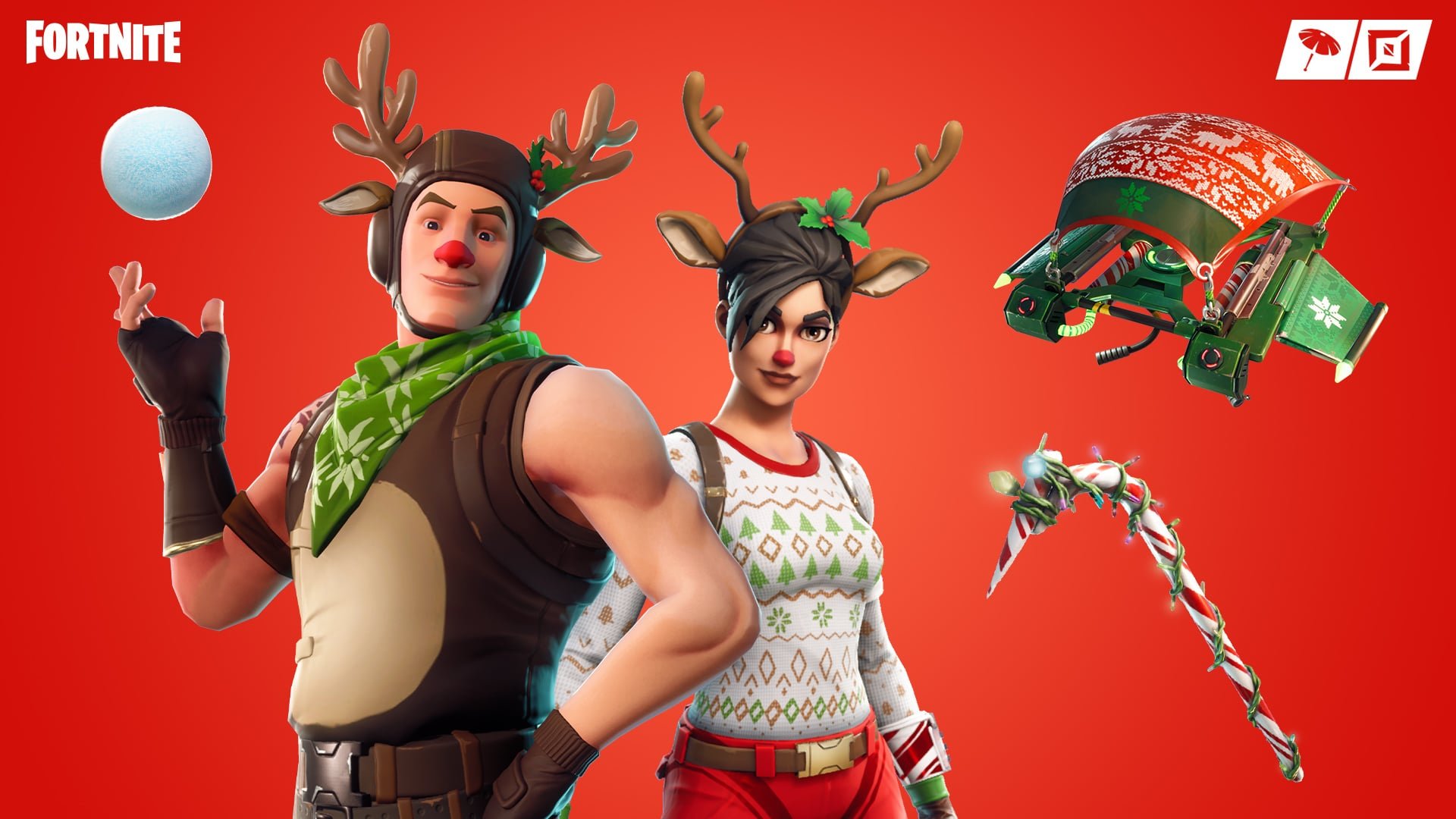 Epic Games can’t stop leaking the Fortnite Item Shop. Today’s shop was leaked after the shop updated last night. It looks like the Candy Axe Pickaxe will be making a return!

Epic Games can’t stop leaking the Fortnite Item Shop. This week, the Italian Fortnite news feed updated to state that the Fortnite Battle Breakers Razor skin would be in the shop. It turns out it wasn’t going to be in the shop, but that’s likely due to Epic changing their minds about adding the skin to the shop after it was leaked.

In all other instances where Epic have leaked that a skin or any other cosmetic would be available in the shop, it always has been minus the Razor skin incident that happened earlier in the week.

Epic have leaked cosmetics coming to the Fortnite shop on several occasions. During the 14 days of Fortnite event last year where there was at least one new cosmetic in the shop each day, Epic leaked a skin.

The Sugarplum Fortnite skin was encrypted meaning dataminers couldn’t leak it, but Epic leaked it by accidentally updating the news feed stating it would be in the shop tonight.

The Peely Bone skin was also leaked during the Fortnitemares 2019 event last month. The German in-game news feed updated to announce the skin would be available in the shop more than eight hours before the shop updated.

Epic decided to act on the mistake by posting the Peely Bone skin announcement video hours before the Item Shop updated stating it’ll be available in tonight’s item shop which includes a built-in emote.

More recently, The Arabic Fortnite Twitter account leaked that the Sklaxis Fortnite skin would be available in the shop on that day. The tweet was quickly deleted, but not before players captured a screenshot of the accidental leak.

Epic have struck again and leaked a couple of skins that’ll be available in today’s Fortnite Item Shop.

When the Fortnite Item Shop updated for the 6th/7th December, Epic accidentally tweeted two images in seperate tweets. One of the images was for the correct Fortnite Shop reset whilst the other wasn’t available in the shop. That likely means that it’ll be today’s item shop skins.

One of the the two Fortnite skins that was leaked from Fortnite’s tweet last night was the Red-Nosed Raider Fortnite skin. The outfit is of rare rarity meaning it’s available to purchase at 1,200 V-Bucks.

First released on December 17th 2017, the skin was last seen this year on January 12th and has been available in the shop a total of 14 times.

The other skin that should be in today’s Fortnite Item Shop is the Red-Nosed Ranger Fortnite skin. The male counterpart to the Raider skin, this skin is of uncommon rarity making it available for just 800 V-Bucks.

With just three appearances in the item shop and released last year on December 19th, this is a skin many would want due to its rarity.

The Fortnite Candy Axe pickaxe is an Epic pickaxe that was released on December 24th, 2017. Since it’s release, it’s been in the Fortnite shop a total of 14 times. It was last seen in the shop on January 14th, 2019.

There’s essentially a new version of the Candy Axe with the release of the Merry Mint Axe, or as others call it, the Minty axe or pickaxe. Nonetheless, if this is in today’s shop, the majority of players that don’t own the Candy Axe will be picking this up.

Yet another Christmas cosmetic we could be seeing. The leaked tweet image had the Cozy Coaster glider above the Candy Axe.

The glider was first available two years ago on December 17th, 2017. It was last available a day before Christmas last year, and has been available a total of 13 times.

There’s a chance these Fortnite Christmas skins along with the Candy Axe pickaxe may not be available in the shop, but if the previous item shop leaks from accidental tweets are anything to go by, these two skins should definitely be in the shop. If you missed the tweet that Epic put out last night, here it is below:

You can clearly see from the tweet above that Red-Nosed Raider and Red-Nosed Ranger Fortnite skins mentioned by Epic Games. The Fortnite Candy Axe and the Cozy Coaster glider are also seen in the image too.