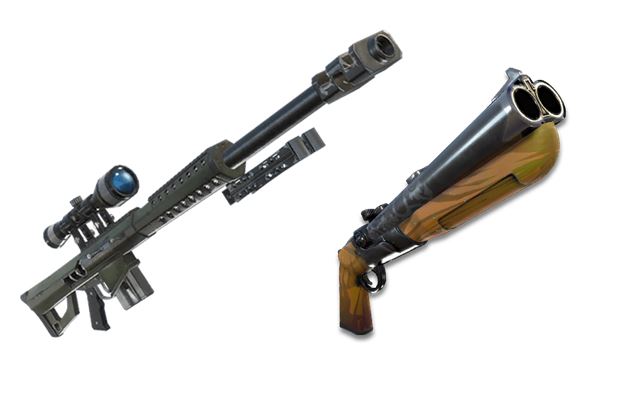 XDA Junior Member, thesbros, a mining expert at XDA Developers has the installer APK file for Fortnite, has datamined the game’s resourced to determine what new weapons could be coming to Fortnite Battle Royale in the near future including two new sniper rifles and a new shotgun, the “Break-Barrel Shotgun”.

The new weapons added into the Fortnite files in V5.2 are the following:

The heavy sniper was rumoured to be added into this weeks content update, but instead Epic Games decided to reintroduce the Guided Missile after vaulting the weapon due to complaints the weapon was too overpowered. According to leaks, the Heavy Sniper will piece through wood and damage the opponent behind at a decreased damage rate. The Break-barrel Shotgun and the Rail Sniper don’t have any information with the files, so we don’t know anything about them other than their names.

Here is what XDA Developers had to say regarding the files:

“We were able to find these new files by using UE Viewer to unpack the .pak files from games made in Unreal Engine. Keep in mind the items we found below are new in this update compared to v5.1. However, they might have been in the game previously and later removed, only to return in this release. Furthermore, Epic will sometimes add these items without actually releasing them, so even though they are in the files they might not actually make it into a live build of the game. Keep this in mind while reading through the list.”

NOTE: Nothing is confirmed, these files were found in the V5.2 APK files, but changes could be made, and these weapons may not come into the game, although it’s more than likely we’ll be seeing these weapons in the future.