Two Theories on What the Fortnite Snowfall Skin Could Be 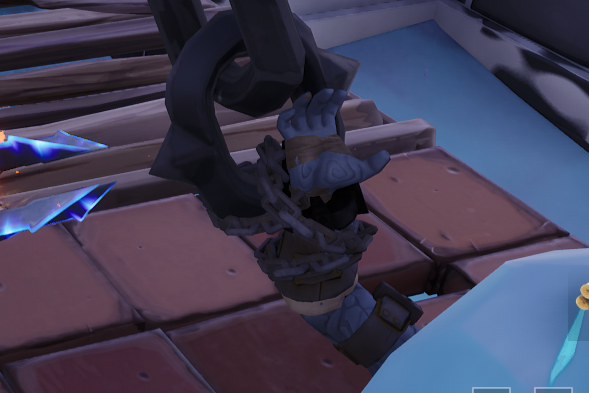 It is not yet known what the Fortnite Snowfall Skin will be, but fans have come up with different theories.

Players are therefore required to complete more challenges in order to unlock the skin, but they will not have to complete seven full weeks of challenges, which can be hard for some players to complete.

The Snowfall Skin is not yet known, but it will most likely be leaked in the upcoming v7.30 update, which will be released sometime this week. The Snowfall Skin is thought to be the prisoner located in the dungeons of the Polar Peak castle, which has slowly been melting to reveal more of the prisoner, as can be seen in the image below created by Reddit user u/Robert-S-:

Another theory is that the Snowfall Skin will be a Dragon King. There are eggs that have been found in Polar Peak, which are speculated to be dragon eggs. Reddit user GPM1000 has said the following to back up his theory:
Everyone has been saying that the prisoner is the Fire King, but since we already have a red Ice King as a customizable option for the Ice King, I don’t think it’s the Fire King. But, I think it would make sense for it to be the Dragon King, because his arm doesn’t look like the Ice King’s (or any of the others) so I don’t think it’s an element king. I also think this because obviously there are dragon eggs locked away in the dungeon as well.

It is an interesting theory, which will tie in with the eggs that have been found in Polar Peak as there is nothing else that seem to relate to the eggs.

The following textures have been found by data-miners, which seem to fit in more with the Fire King theory:

What do you think the Snowfall skin will be?