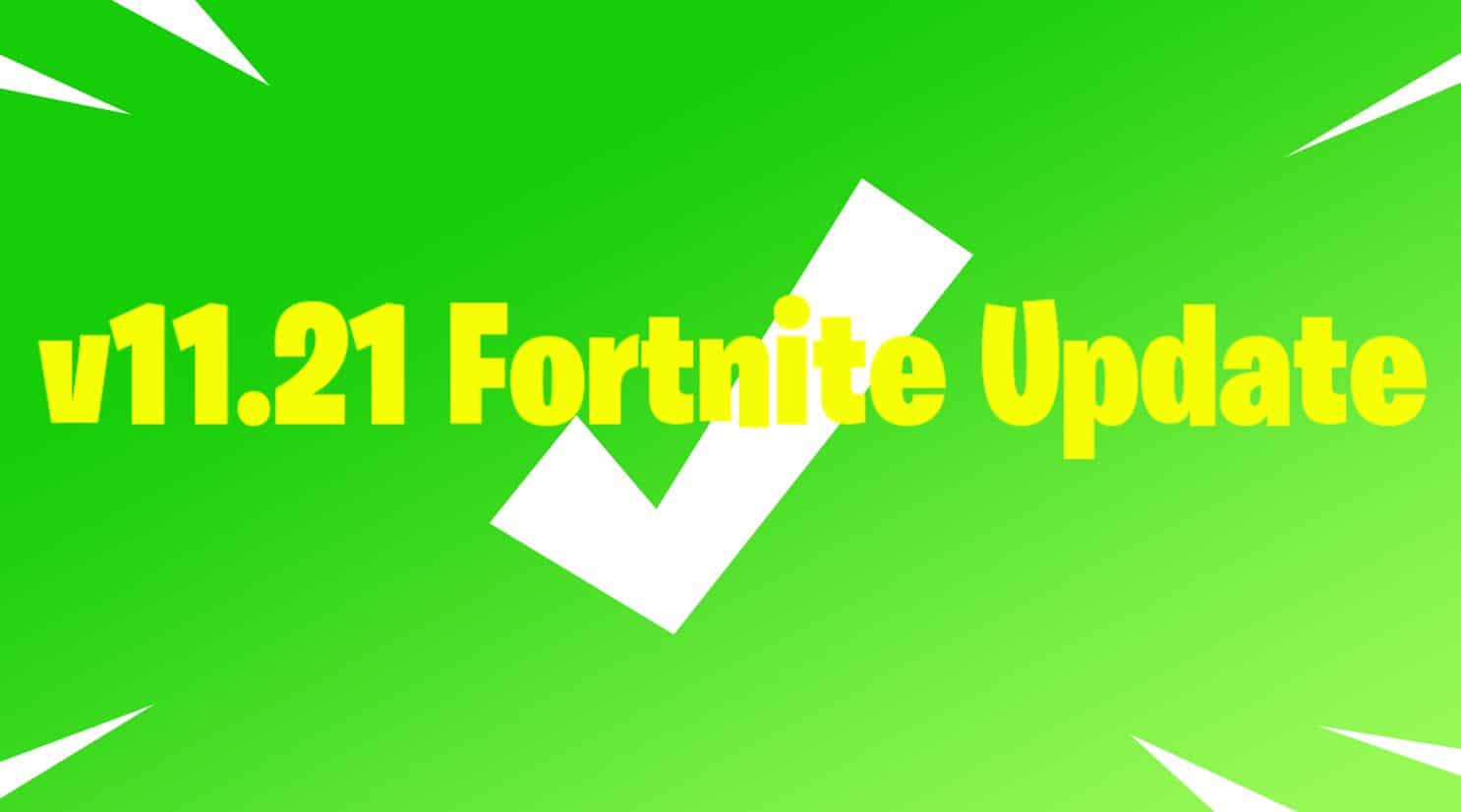 Epic Games announced that the v11.21 update would be releasing today with downtime starting at 4 AM ET. Downtime for the update ended some time ago and Epic haven’t released Fortnite Patch Notes.

In Chapter 2, Epic would release patch notes even for content update that only added a single item to the game, but it’s likely patch notes will only be released if there’s a major update from now on.

Today’s Fortnite update included no new leaks in any form. One new encrypted file was added along with a new skin style for Lace. The update included a number of bug fixes, the highlight fix being the input delay for controller players being fixed.

Obviously this isn’t the major update Fortnite players have been waiting for. The next Fortnite update will be the v11.30 patch that will bring the Christmas challenges, rewards, new features, and the in-game live even that Epic mentioned in a blog post.

Are you happy with current update schedule for chapter 2, season 1? Let us know in the comments section below.