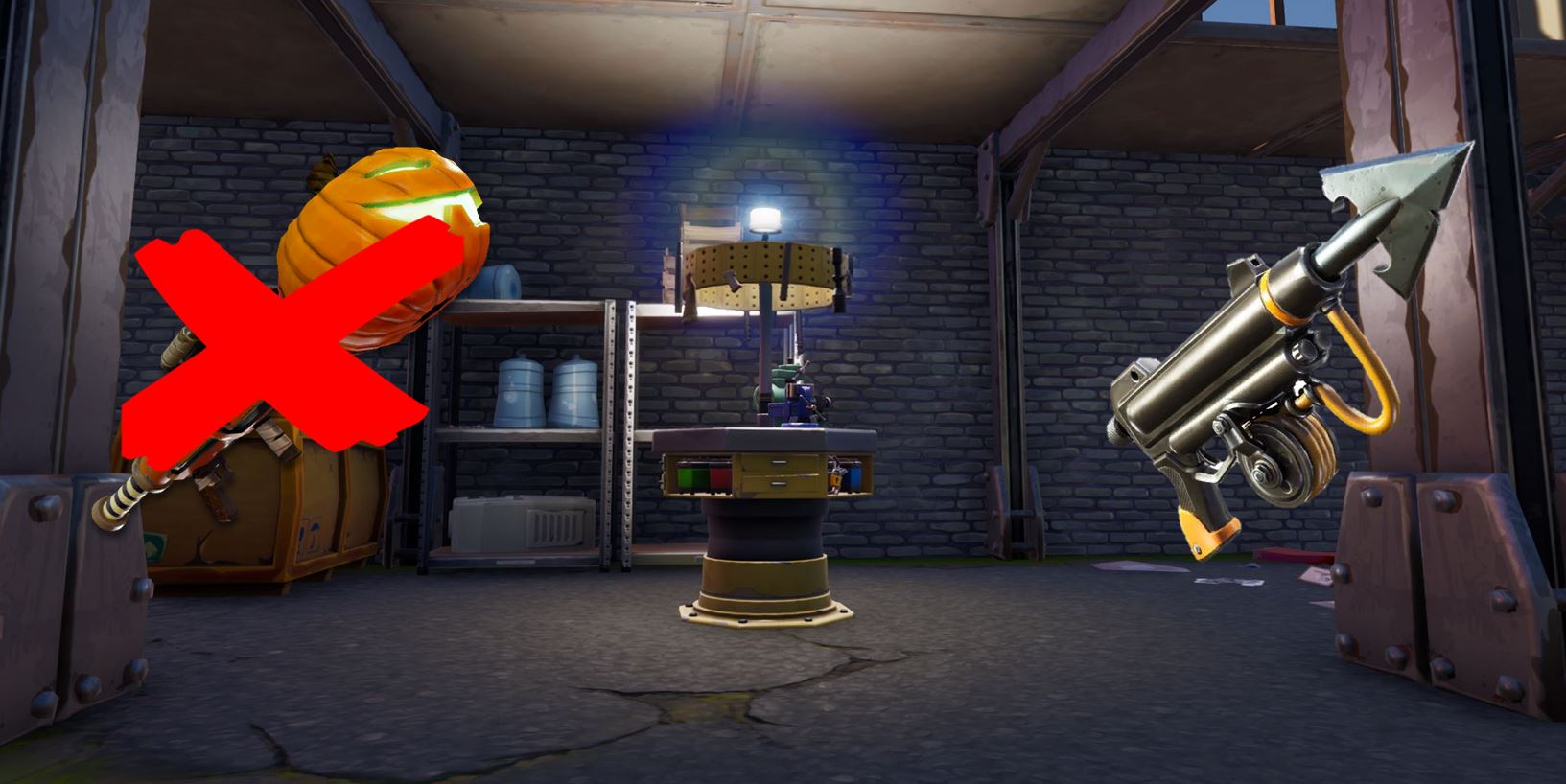 Epic Games haven’t posted Fortnite patch notes for any of the chapter 2 updates so far. Before every update, Epic announce when the update will go live for both client updates and content updates. However, Epic released the v11.10 content update today with no prior announcement.

The Fortnite update went live today at 8 am ET, the normal time for content updates to be pushed out. There wasn’t too much added or changed in this update, but we’ve covered the changes in today’s update in our unofficial Fortnite patch notes below.

There’s a new Fortnite gun called Harpoon Gun. Dataminers originally leaked this gun last week in the v11.10 update. The new gun is of rare rarity and can be found as ground loot, chests and supply drops.

There’s unlimited ammo for the Harpoon Gun, but it has a magazine size of 10 with a reload time of 1.4 seconds. The gun is quite an interesting addition to Fortnite Chapter 2 because it deals 75 damage upon impact on a player, and it’ll also pull them towards you.

The gun deals 150 damage to structures which means you can one hit a wooden build structure as well as newly build brick sctructures. Players will find they can easily fish with the new gun as well as brings items such as guns, healing items, and more towards them. It looks like Ninja and other content creators are enjoying the new Fortnite gun:

THIS NEW GUN IS SO MUCH FUN pic.twitter.com/Y2aHOJEqX8

Fortnite weapon upgrade stations were added to Fortnite at the start of Chapter 2. As the name states, players can upgrade their weapons at these weapon upgrade bench stations that you can find around the map.

Epic have increased the spawn rate of the bench stations in today’s update. The previous spawn rate was 75%, but it’s been increased to 100%. This means you can drop at any of the locations we’ve marked on the map below and you’ll be guaranteed to find one:

It’s no surprise Epic decided to remove the Pumpkin rocket launcher, fiends, and the Halloween decorations around the map now that the Halloween has passed and the Fortnitemares event has ended. The jump scares where cars would change into fiends has also been removed.

That’s all that seems to have changed in today’s Fortnite update. If there’s anything else that’s been changed in the update, we’ll be sure to update this post.