What Animals Can You Ride In Fortnite Chapter 3, Season 3? Wolves, Boars And Raptors 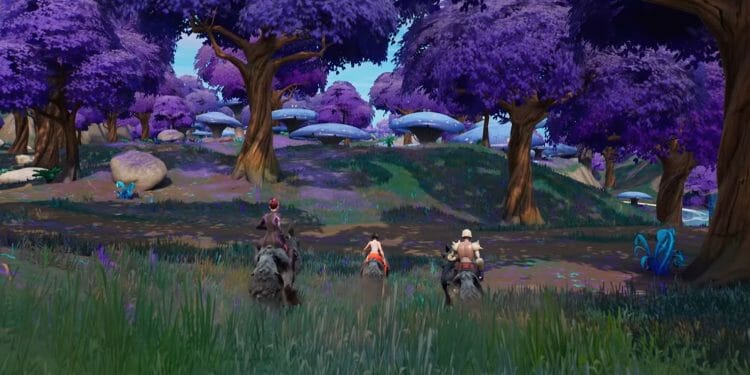 Here are some of the animals/wildlife you will be able to ride in Fortnite Chapter 3, Season 3.

Animals or wildlife was first introduced to Fortnite Battle Royale in Chapter 2, Season 3 and we have had quite a few different animals since then. Some of the animals we have seen in game include Sharks, Boars, Wolves, Chickens, Frogs, Klombos and Raptors. Killing these animals provide players with meat, which can be consumed to gain health, or used to entice the wild animals so you can tame them to help you.

There have been some leaks in the past that suggested we would be able to ride these animals and it looks like this mechanic has finally been added to the game this season! At the time of writing, the servers are still down, but here is everything we know so far, including leaks by dataminers and gameplay.

The animals in Fortnite have been changing from season to season with some being removed but added in later seasons. According to leaks, Raptors have been added back in Fortnite Chapter 3, Season 3 and it will be one of the animals you can ride, including Boars and Wolves.

In the Fortnite Chapter 3, Season 3 Gameplay trailer, you can clearly see players riding wolves, and it has now been confirmed that you can shoot you weapons and use items whilst riding!

There are some threads in the files that have been leaked by dataminers that include animals. The first one is, “Your companion is exhausted. Speed up it’s recovery by feeding it!” This means that there is a limited time in which you can ride the animals and there will be a ‘cooldown time’ before the animal can start running again. It also shows you that if you carry food for your animal, it will speed up the time it needs to recover.

The other thread that has been found is, “It’s wild out here. Jump onto an animal‘s back to tame the beast.” This seems to suggest that you may not even need meat to entice the wild animals this season and you can jump on the animals back to tame it. There is also a leaked challenge which requires you to ride an animal.