What the Fortnite Season 10/X Map Changes Could include – OG Factories to return? 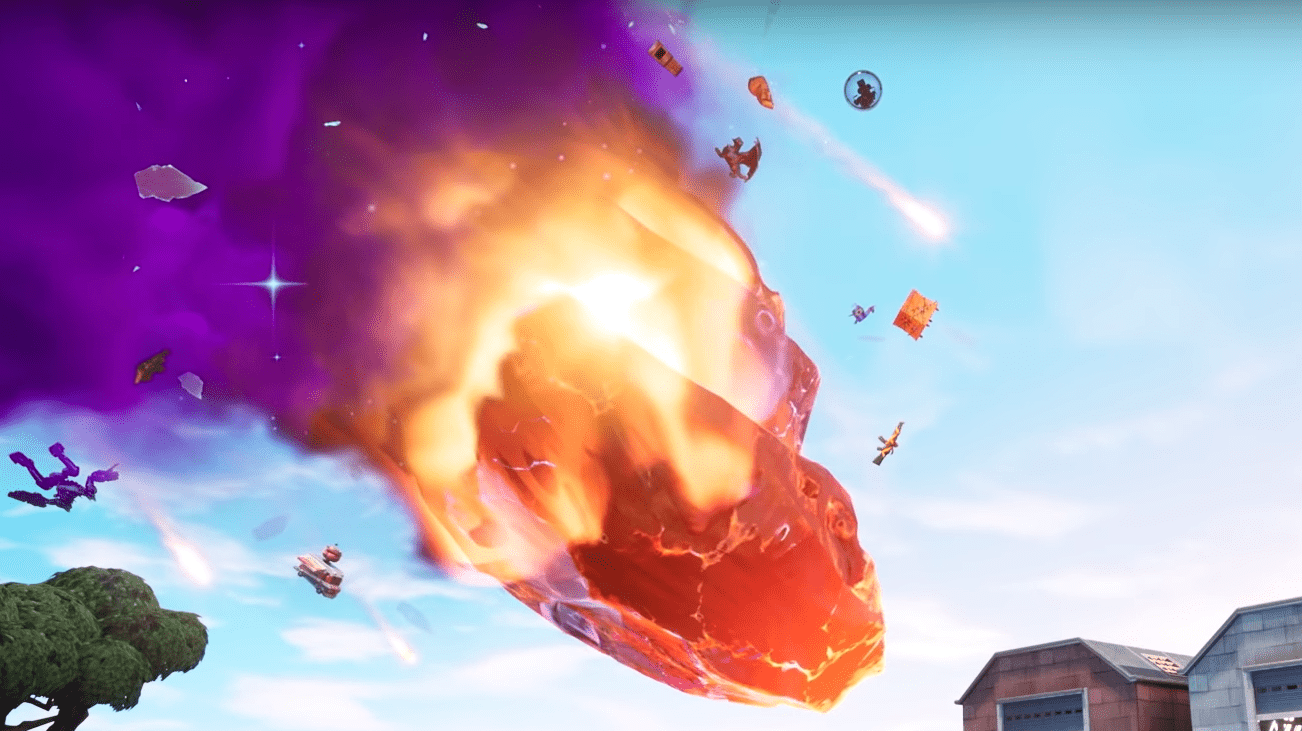 Here are all of the POIs that were seen in the official Fortnite Season 10/Season X trailer and will most likely be removed from the map.

After the Fortnite Brazil account had accidentally tweeted the trailer for Season 10/Season X instead of the final teaser, the official Fortnite trailer was later released on all social media and can be seen below.

If the trailer was planned to be released today, it is possible we will see another cinematic tomorrow on the day of release, but we will have to wait and see. You can see the full trailer below:

There was a lot we can see from the trailer and there were quite a few references to existing POIs. We have gone through the places that can be seen in the trailer and what they could mean.

In the trailer, we can see Tomato Temple in the ‘Zero Point’ which suggests that it will be removed from the map. This POI was formally Tomato Town, but was updated in the v5.3 update and was renamed Tomato Temple.

We can also see the statues from Sunny Steps in the trailer, which means that this POI could also be removed in Season X. Sunny Steps was first introduced to Fortnite at the start of Season 8.

Lucky Landing has been on the map for quite some time but it looks like it could be removed in the next season as we can see one of the buildings in the trailer. In the v7.10 update, we saw an update in Lucky Landing where the Dumpling Restaurant was added. The leaked Bao Bros skin is thought to be based of this restaurant and has not been released yet.

The Durrr Burger statue can be found on the small hill north east of Pleasant Park, close to Loot Lake, but it has been spotted in the trailer, which means it could potentially be removed.

It is possible the snow biome will be removed as we can see snow in the trailer which could just be referencing the festive season and the 14 Days of Fortnite event, or it could hint at its removal.

The ‘OG Factories’ will most likely we returning as we can see them in the background when Jonesy is falling out of the Zero Point. You can see the factories by Jonesy’s shoulder, highlighted in the image below:

Here is what the Old Factories used to look like when they were on the map:

The map view does look very similar and so will most likely be returning in Season X. Were you playing Fortnite before the factories were removed? Let us know in the comments below.

In the trailer we can see a statue in the back which looks like it could be an Anubis statue, hinting at a possible Egyptian themed POI coming to Fortnite. As we saw the dinosaur as well, it could be around the area of the dinosaurs.

Near the end of the trailer, we can see many objects that have come with the meteor, which could hint at more things that will be added in Season X.

At the bottom close to the meteor on the left, we can see what looks to be the Durrr Burger truck so we could see this somewhere on the map. Near the top right, it looks like there is a dragon statue or a gargoyle which could be added in a new POI.

There also seems to be a box or crate of some kind, but it is quite hard to make out what it could be. What do you think this could be? Let us know what you think in the comments below.

It looks like the Baller will not be vaulted as we can clearly see it at the top and it look like the robot that was teased in the second teaser for the season will be a vehicle as it can also be seen on the left of the meteor and will most likely not be a skin, but we will only for sure when the new season is available to play.

We will also go through the skins that can be seen in the trailer soon. What do you think of the trailer?