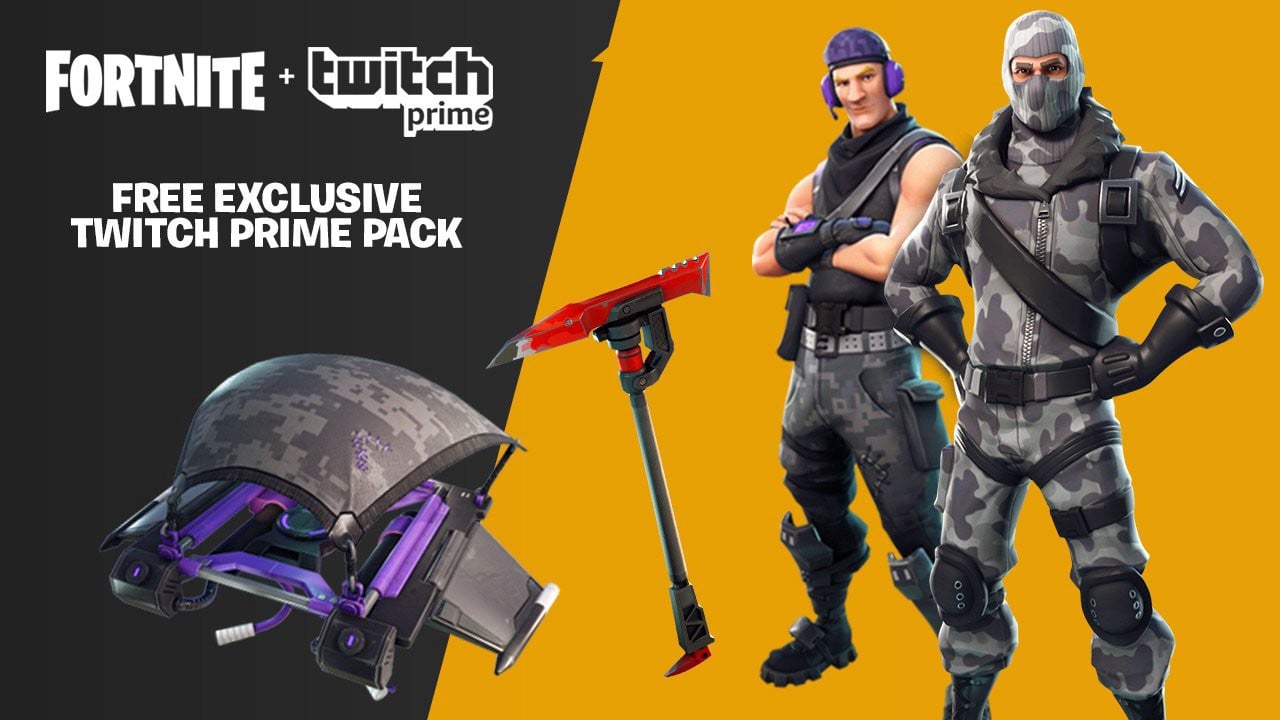 If you have already claimed the Twitch Prime Pack, you do not have to do anything else and the Battle Royale Instigator Pickaxe will automatically be added to the Locker on Thursday.

The Twitch Prime Pack can only be redeemed on either PC, Mac, PS4 or Xbox One. It can only be claimed on one platform!

There will also be more exclusive Fortnite loot for Twitch Prime members in the next couple of weeks and we will keep you updated as and when it is revealed.

We’re making the Twitch Prime Pack even better. Starting Thursday 3/29, we’re adding the Exclusive Battle Royale Instigator Pickaxe! And, to sweeten the pot, stay tuned in the coming weeks as we reveal even more Fortnite loot for Twitch Prime members! Follow us on Twitter or on Facebook for updates!

If you’ve already claimed your Twitch Prime Pack in Fortnite, no further action is required and the Battle Royale Instigator Pickaxe will be waiting for you in game on Thursday.

If you have not yet claimed your free loot, here’s how to claim Twitch Prime Pack including the Battle Royale Instigator Pickaxe starting Thursday :

Step 1: If you don’t have a Twitch Prime account, you can create one here.

Step 2: Create and link your Epic Games and Twitch accounts.

Step 5: Check for the “Loot Acquired” message (see below image)

Step 6: Load up Fortnite and your loot should be available for you.

Note: You can only claim your loot on a single platform (PC, Mac, PlayStation 4 or Xbox One).