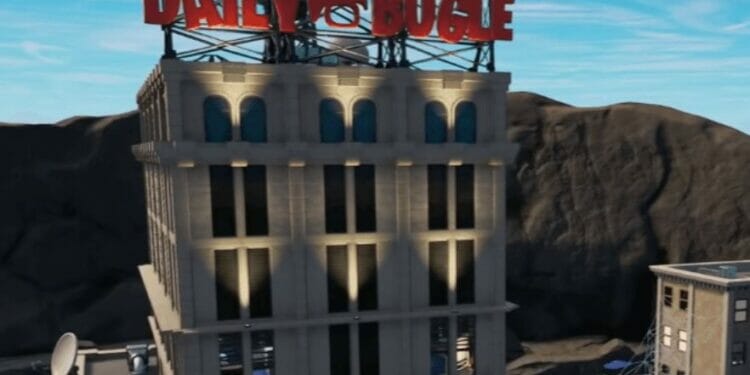 Here’s all the information from the official Fortnite 20.10 patch notes.

Epic Games released the first major patch update of chapter 3 season 2 today. We weren’t expecting much based on what has leaked from the 20.00 files two weeks ago.

We knew an item would be returning with some changes, which in this case is the Heavy Sniper Rifle. The rifle now deals more damage to vehicles, making it an ideal choice if you’re struggling to find the new launcher.

Speaking of the launcher, it’s received a buff according to data-miners with the rocket traveling faster than 20.00 version. Here’s a look at all the changes that today’s 20.10 update introduced.

IO and Resistance forces have gathered at The Daily Bugle. Players can drop in at the popular season one location to help the Resistance push back. As a reward, the whole squad will receive “amazing loot”, but will need to be careful with Huntmater Saber patrolling the location. 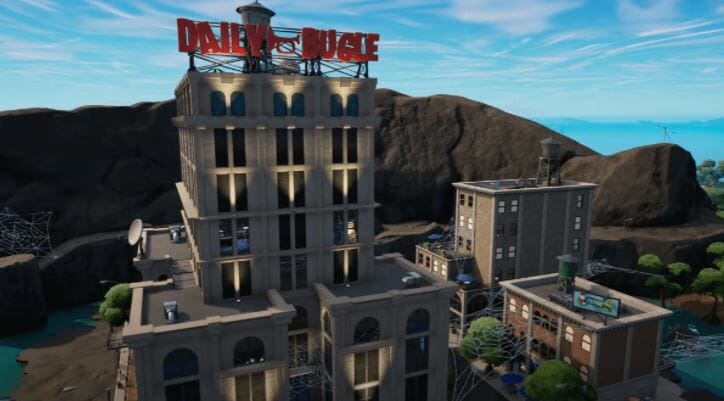 Funding for the MK-Seven Assault Rifle and Combat Assault Rifle has begun. The first of the two to get 100% funded will be unvaulted for the rest of the season and possibly in season three, too.

There are some balance changes, bug fixes, and notes for competitive playlists below:

A balance update last week made meaningful adjustments to the following items:

Combat and Stinger SMG damage to players and structures reduced

Titan tanks and Cow Catchers have been removed from competitive playlists.

Wins are now correctly tracked in the Career Leaderboard tab.

Fixed an issue with Resistance Quests where players could not progress into Week 2.

Fixed an issue that would cause vehicles to stutter and jerk when driving on flat terrain.

The Fishing Collection Book no longer resets between matches and correctly saves progress.

Fixed an issue where last season’s quests displayed as tracked on the HUD if no other quests were tracked.

Players are now able to use the Ziplines between wind turbines on Windbreakers Island.

In order to maintain optimal performance, certain legacy or unsupported drivers will now default to Performance Mode when launching Fortnite.

The Heavy Sniper Rifle is not included in competitive playlists.

The winner of the MK-Seven Assault Rifle vs Combat Assault Rifle vote will not immediately be unvaulted in competitive playlists when they’ve reached 100% Funded.

The Daily Bugle is not under assault in competitive playlists, but Huntmaster Saber has still relocated.