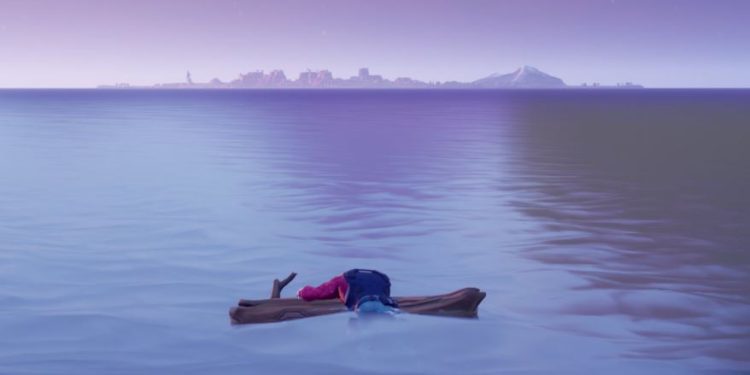 We now have an official time and date for when Fortnite chapter 3 season 1 is coming out.

It’s been sixteen hours since the Fortnite “The End” live event that concluded chapter 2. Since then, we’ve been watching a character floating in the ocean slowing making their way towards the new map.

The Fortnite servers are still down but the update was pushed live a few hours ago. Data-miners have already looked through the files and have leaked challenges, weapons, and upcoming skins as well as the starter pack for season 1.

Although there’s no official announce from Epic Games, we know when Fortnite Chapter 2 Season 1 will be coming out. Here’s what you need to know about the release date.

When is Fortnite Chapter 3 Starting

Fortnite chapter 3 season 1 will come out today, Sunday, December 5th at 10 AM ET (3 PM GMT). The character in the ocean is now approaching the island which is now visible in the background as seen in the image below.

Chapter 3 is expected to end at the end of March although it could change at any time. It seems Epic are going with the same strategy they used in chapter 2 where the first few seasons were 100 days or more.

The Battle Pass this season features the Foundation with a Dwayne “The Rock” Johnson style along with Spider-Man. However, we’re not sure if Spider-Man is going to be the secret skin unlocked later in the season or be available if you level up.

We do know that there will be a Spider-Man mythic item that’ll allow players to swing from objects to travel around the map faster. For all the Chapter 3 leaks and news, head to the home page.