When is Fortnitemares 2022 – Start / Release Date 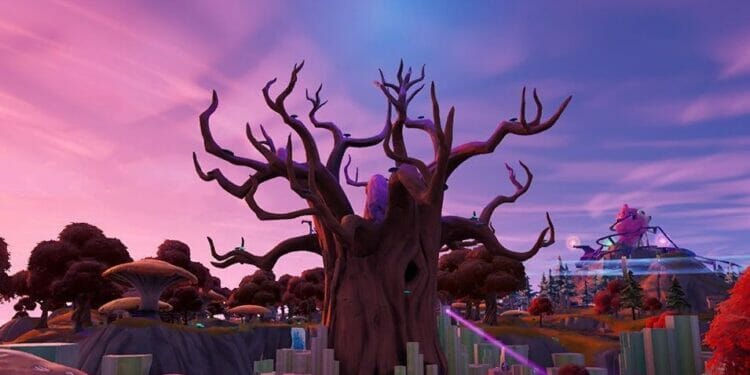 Players are eagerly anticipating the release of Fortnitemares 2022, Epic’s Halloween event for Fortnite Battle Royale. Here’s the start date, what to expect from the event, and more.

Epic Games have released a Fortnite Halloween event for the Battle Royale game mode for the past few years. Each year, new content is added to the game alongside the return of previously released items and features.

Last year, the Fortnitemares event was titled “Wrath of the Cube Queen”. A new POI was added to the map at the launch of the event called “The Convergence”, a location with cubes mobilizing into a small town. 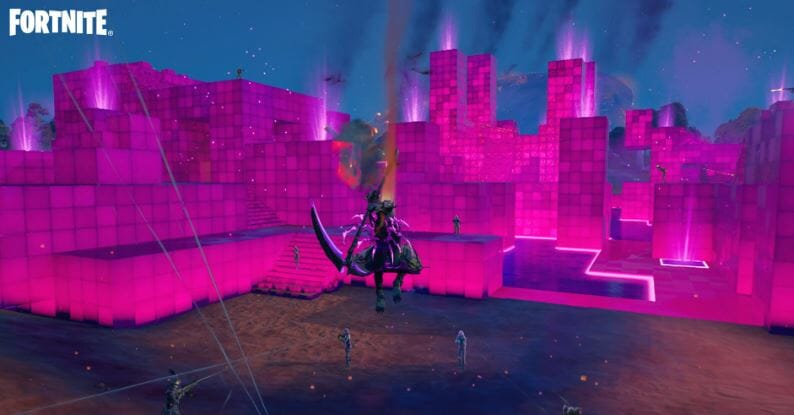 Last year’s event also included a new monster making its way into the game: caretakers. These were the Cube Queen’s strongest monsters and were more difficult to defeat in comparison to the usual Halloween monsters found roaming around the Fortnite map.

A number of items made a return including Witch Brooms that allowed players to travel around the map faster, the Pumpkin Rocket Launcher, candy, and more.

As you’d come to expect from a major Fortnite event, Halloween-themed quests were released. There were two different sets of challenges both of which rewarded players with free cosmetic items.

Some of the free Fortnite cosmetics included the Thinking Juice Back Bling, the All-Weather Extractor Pickaxe with several different styles, the Cube Cruiser Glider, and the No Ghost Back Bling. 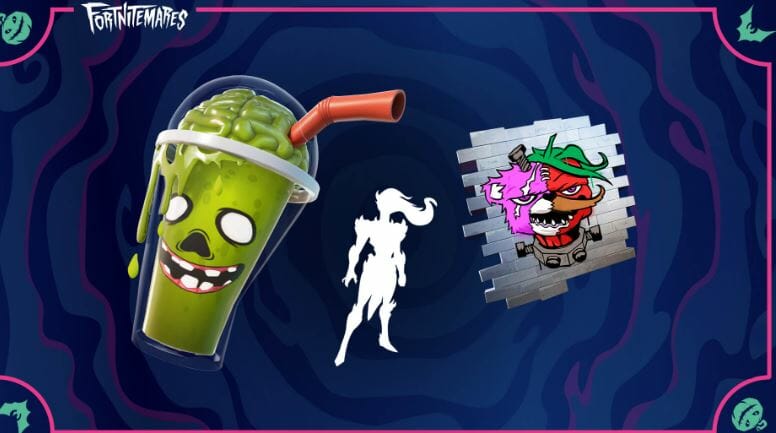 When Does Fortnitemares 2022 Start?

Epic Games release major patch updates every two weeks on a Tuesday, so we always had a rough idea as to when the Fortnite Halloween 2022 event will release.

On October 1st, Epic Games released a post on Twitter that confirmed the release date for Fortnitemares. Fortnitemares 2022 will begin on October 18th, 2022.

It’s likely that the event will go live a few hours after downtime ends with similar events beginning at either 2 or 3 PM BST. However, we’ll update you on the exact time once downtime concludes. 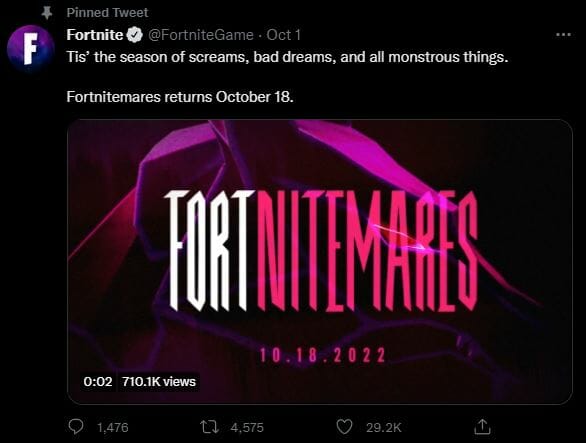 What to Expect from Fortnite Halloween 2022 Event

For the most part, we can expect much of the same content we had last year. We should see the return of Halloween-themed items from previous years including the return of the Witch Brooms and Candy.

There will also be Fortnitemares 2022 quests and free cosmetic rewards that’ll be available, most of which will be leaked by data miners during scheduled downtime tomorrow. 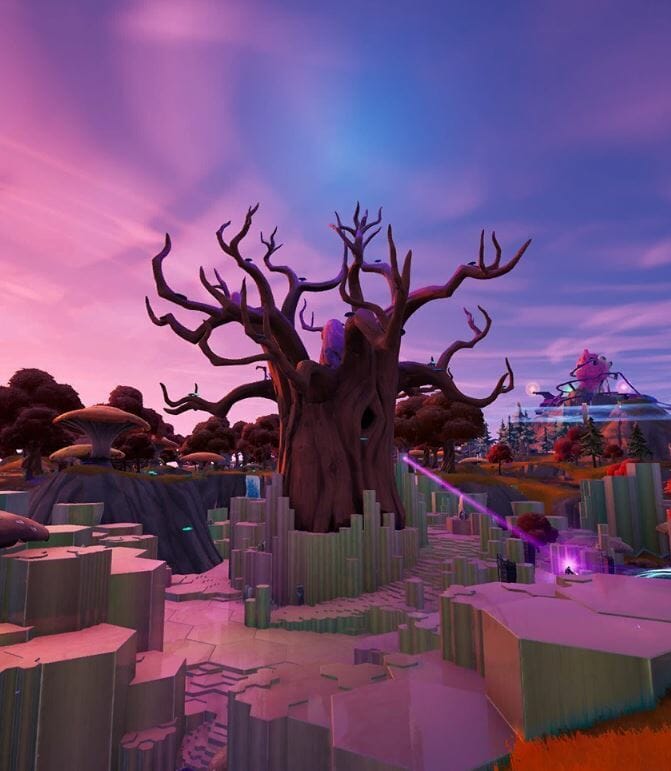 According to popular data miner Hypex, we should see a new Pumpkin-themed item release, the Pumpkin Shockwave launcher.

If leaks are to be believed, there should also be a Zero Build Horde Rush limited-time game mode released along with POI changes, the introduction of a Halloween-themed boss, a mythic item, and more. 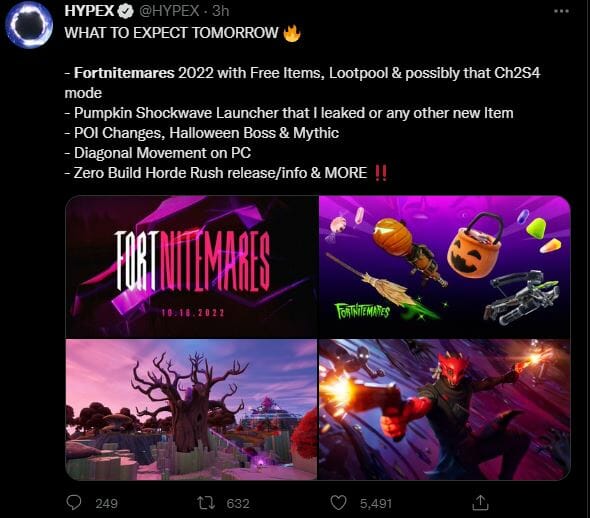 We’ll be posting all the leaked challenges, rewards, and any other new content that’s leaked during downtime tomorrow so be sure to head over to our Fortnite news page!